The announcement of yet another bright young band having their first proper release can only fill you with joy. After all, we need something to take away from what is happening all around us. Inept and crooked governments, social discourse and strive, geological disasters, economic turmoil and most shockingly, lousy airport food. Music is our life blood and the life blood of music is new up-and-coming bands. They are the ones who will hopefully sustain the scene going forward. The outlook based on the number of new bands emerging over the past few years, across different genres, seems extremely promising. Some of these outfits are grizzled old veterans having a welcome return. Others are fresh faced youngsters making their initial foray into band life.

Of the latter! One of these are Coleraine-Derry based GHOST ORIGIN. Brothers Aaron and Jonny Lynn were briefly a part of Hofesh Shechter’s band, Political Mother. Having gained the experience during their time, a decision was made to go out for themselves. The melodic-progressive nature of that band inspired them and off they went. And so in 2013, GHOST ORIGIN was established. Initially it was just envisaged as a recording project. The desire to get out and perform saw them joined by James Curran and Kerry Donnelly in 2014. Steps were made through the release of two singles, ‘Release’ and ‘Elysium’ that following year. Work begun in earnest to get a proper release. 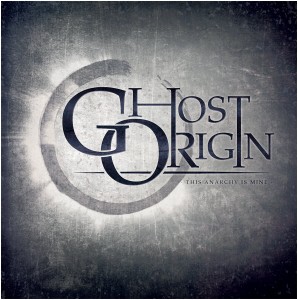 Its title track establishes much of what to expect from the band. It has the feel of a modern sounding metal band. Shades of TRIVIUM, ARCHITECTS and SYLOSIS.  The band remain distinctly in the melodic camp though. Curran’s vocals soar away as the band chug away at their instruments. There is some lovely guitar playing by Curran and Aaron Lynn, and this is followed by the pulsating bass of Donnelly. A tight relationship between the players is made quite evident. The drumming remains insistent throughout and one particular section is proceeded by yet another upsurge by Curran. ‘Initiation’ sees an extremely riff heavy beginning. But all players have their particular moments in which to shine though before the vocals eventually kick in. All of which is quite impressive in terms of its power and range. The guitar lines soar and dip accordingly, whilst the drum and bass thud and slink accordingly. And it all concludes with the guitars noodling away.

‘Ascension’ begins more cautiously. The mood and tempo is definitely more atmospheric and darker. It is charcaterised by the use of slow ominous hi-hats and toms. Some of the guitar playing is inspired here. The vibe seems to be that of an oriental feel at times. The vocals do seem to be lacking somewhat in strength at times however. The pace slackens off to allow for another display of guitar jamming and then increases again as the others re-join the party. It is probably the most recognisably ‘prog’ track on the EP.  Its conclusion is reached with some delightful instrumental work and playing. It’s also the longest track but one that does not outlast its welcome. 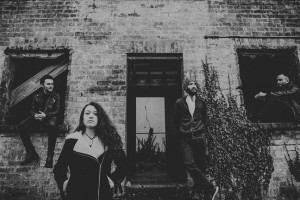 In addition to this being uploaded on bandcamp, the band have committed to releasing this physically also. With the hardcopy version of the EP also including the bands first two studio single tracks, ‘Release’ and ‘Elysium’ as a bonus. First single ‘Release’ is very bass heavy on its introduction. This is complemented with more of the soaring vocals. The whiff of the middle-east makes itself aware yet again. The band is locking down together superbly at times and the guitar playing shines once more. Final track is the second single released. ‘Elysium’ is extremely riff thirsty at its onset. The vocals are distinctly better here and that is welcoming. The band display a sense of power, tougher perhaps than before. Shades of the work of COHEED AND CAMBRIA is clear. The bass and drum chug away together, whilst the guitars elevate above all.

In addition to this being uploaded on bandcamp, the band have committed to releasing this physically also. They have also been busy on the live circuit playing with MEGACONE, NEWT, AFFIRMATIVE MULE, WASPS and DROIDS. To date, there is no mention of dates south of the boarder. Hopefully more dates are announced as there is a bright future ahead.