Never go full weird the first time you meet someone. That is the general advise provided by associates on hearing that you will be meeting someone for the first time. This could be a date, an interview, a family gathering or whatever. It is generally expected that you have to show your suave, sophisticated constitution in case you scare people off. Better to chat away about work, sports and other trivial affairs. At least upon first impression. If you never see them again, you can cackle away to yourself afterwards about fooling yet another gullible sap. If this is going to be a regular event, subtle hints have to be dropped mid conversation. With others you find yourself at a house party in the wee small hours blathering on about Jeffrey Dahmer.

It can be a similar story for a new band also. They are expected to play the game as well. All the meet and greets with the media in order to get a minute degree of coverage. “What do you sound like? Anything like THE CORONAS? Ehhh….kinda like, yeah”. You won’t get within a shot of being played among the morning traffic reports otherwise. If we ride this along for a while, we can perhaps slip in a degree of dissonance and odd time signatures. Perhaps we can get to the point someday where the release of a double album based on a dream of inter-dimensional conflict will not cause too much shock. And then there are bands like AEOLIAS. Marooned when band mates left their former outfit, THE MIGHTY OVERDRIVE, Graham Doyle and Emmet Standish decided to embark on a different mission. Their previous incarnation as a heavy metal band mutated as compositions became longer, different elements were brought to the equation and they began to explore new territories. Perhaps their current status as an unsigned band allowed them the freedom to experiment. 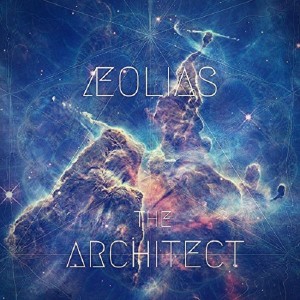 They talk the talk. Can they walk the walk? In the opener, ‘Odysseus’, all vestiges of their heavy metal past is put aside. In title, perhaps a nod towards Homer’s ‘The Odyssey?’. Perhaps a similar voyage of discovery for the subject, and us the listener. The orchestration has all the characteristics of classic prog. Its symphonic qualities brings to mind bands such as BARCLAY JAMES HARVEST, THE MOODY BLUES, NEKTAR and so on. Drums appear slow and steady at first before increasing in strength and pace as the guitars make their presence felt. There is a dazzling synth solo from Standish as the chant like vocals are introduced. So far, so eerie. As the tempo increases, the lines become harder. Siobhan Filbey displays a remarkable degree of dexterity and range in her style of delivery. It is easy for a newer band to follow a style that has gained popularity. Especially those with a female up front. The operatic movement made famous by the likes of WITHIN TEMPTATION, DELAIN and NIGHTWISH for one. Or the more recent trend of female fronted doom metal bands such as THE DEVIL’S BLOOD, BLOOD CEREMONY and JEX THOTH. Thankfully, Filbey seems to have an identity all of her own. This all leads into a wonderful guitar piece by Doyle, which is complemented by a warm sounding bass. The instruments lock down well together and there is great contrast between the clean, heavy and fuzzed up pieces. A definite feel of other forward looking bands such as Madder Mortem. A plucking bass, aligned with synths gears up another guitar piece bringing things to a conclusion.

‘Redefining the Theory’ sees a smooth transition from the previous. The concept begins to take shape as our subject is forced to re-examine their way of life in face of a challenge. Standish employs programming to introduce the effects of a string section. This has all the outwardly appearance of being carefree and easy going, but perhaps with underlying tensions beneath the surface. The orchestration continues over a breathy set of vocals. Keys, mallet struck percussion and guitars all blend incisively together. The symphonic feel continues as the pace begins to quicken. The pace slackens temporarily before the collective players kick into a powerful and energetic section. To match with the happenings around her, Filbey’s vocals gain weight accordingly. It eases back down into a decidedly more melodic piece with an obligatory noodling guitar. Hard to figure it is merely three players at certain stages. A spoken word piece with real venom takes place before a blistering solo and jagged synths. The playing gets increasingly frenetic and unhinged before soothing back into a slow and deep conclusion.

‘Ergosphere’ builds on with a slow and downbeat intro. I admittedly never heard of this phrase but seemingly it is being on the edge of a black hole. Maybe signifying the point of no return. The sense of foreboding is ramped up as the thudding drums increase in pace. The tempo rises and falls as the players drive headlong into a dramatic mid-section piece. Filbey shines yet again. The variation emphasises the range and power of her voice. At times, the controlled power of the music reminds one of GOJIRA and the likes. A series of Gilmour-esque lines are peeled off by Doyle as the drums crash away around him. One of the shortest tracks on the album at a mere eight minutes, it fits a lot into that length of time, but never comes across as being overly crammed for the sake of it.

As ‘Providence’ kicks in, there is a distinct sense of mystery of what is to follow. Percussion is the main ingredient as skins are slapped to create tribal sounding beats and maracas shake away in the background. Monastic like Gregorian chants make their presence felt, as the sound of violins rise up from below to ratchet up the tension. The slapping increases, over an increasingly doomy feel, before one guitar note brings proceedings to a halt. Perhaps a sign-post to what lies ahead. The music shifts gears and origins to that of the sense of the Middle East before jumping on their broom back to middle-ages Europe. The music is absolutely pummeling now with a darkly, witchy vibe. One can get a sense of the subject being aware of the power she holds, and casting mirth on those who would condemn her. By now, there seems to be scant regard for standard time signatures or rhythms. The singing becomes increasingly forceful and looser. More in tune with spoken word than anything else. A bass plucks away over sound effects before a guitar solo brings it all together. The lyrics are unsurprisingly paganistic in theme. The performances by all involved is absolutely blistering. Passages spiral above choral sounds. A brief bass solo provides a temporary interlude before diving right back in again. All ingredients are flung into this heady brew and everything is turned right up to eleven. We re-visit the the tribal beats, and choral chanting, along with the percussion as it reaches its journey.

The transition is smooth yet again into the behemoth of a concluding track, ‘Theorem’. Stretching on beyond twenty six minutes. And definitely a movement, as those prog aficionados like to describe it, where a mug of tea is required. And as with most epics in the classic sense, it is divided into four parts. They are ‘The Architect’, ‘The Anarchist’, ‘The Analyst’ and ‘Aeviternity’. The latter seemingly relates to the mode of existence experienced by Angels and Saints in heaven. Somewhere between the timelessness of God and the temporal existence of material beings. What was in that tea? Anyway, the particular sections seem to align with the particular concepts and themes from the previous four numbers and aims to tie up overall. Our character has another epiphany allowing for a complete change of being. The band really stretches themselves to give all they can in order to convey everything. Waves of sound crash over the vocals and there remains a subtle, rather than forced, ebb and flow to the pacing and tempo. It would be easy to assume that more of the prog metal elements would have gone to dominant proceedings. Fortunately, the balance is integrated well between the tougher side and more cosmic and melodic side. As with every great band, it is where the occasion requires it. Even where the pace is lowered, a flash of bass, a stabbing synth, wailing guitar or soaring vocalisation occurs. Because of the sheer weight of it, repeated listens may be required to pick out the various references to other points in the album. 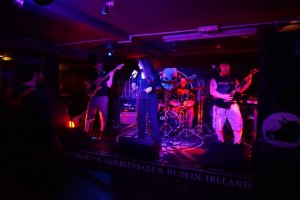 It bears repeating, but it is astonishing this is the work of a trio. The various degrees of instruments and orchestration by Standish, the switch between fluid, melodic lines and tougher metallic ones by Doyle, and the range of Filbey’s vocals making one assume more were backing her up. This is an absolute gem, not only in the Irish scene, but should be recognised in wider circles. As an unsigned band, the level of ambition and musicianship is exemplary. Kudos to Micheal Richards on his production work also.  It remains to be seen how this can be replicated in the live sense. One would suspect that a drummer would be needed to take on the parts performed by Standish. Whether this receives a physical release is also up for debate. It is currently available via iTunes, Amazon and Spotify at the moment. In an already promising year for forward thinking bands, this is a high-point.