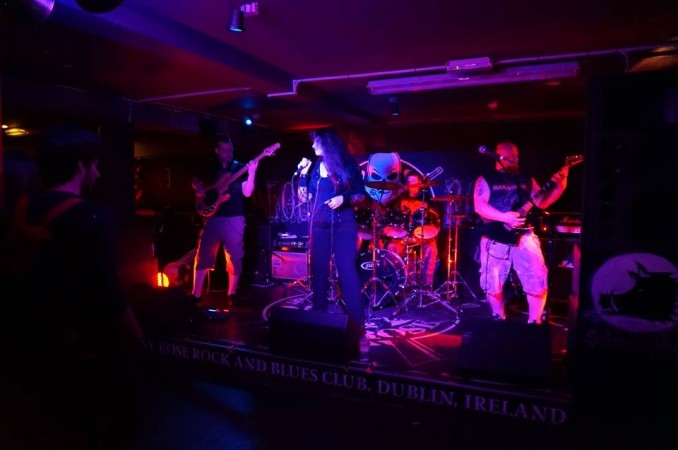 AEOLIAS was born in the summer of 2012, originally under the name AEOLIAN, by guitarist Graham Doyle and bassist Emmet Standish after the disbanding of of their previous band THE MIGHTY OVERDRIVE. Deciding not to let this setback destroy what had been built, they decided to continue on and recruit new members. Since a lot of the music was their creation, they felt they were entitled to use it in this new incarnation of the band. However, they also felt that since half the members had left and the band was essentially broken and so AEOLIAN was born.

Now with a band that could develop as a tight unit AEOLIAN was complete. A new musical direction with old songs rearranged, new songs realised and longer compositions written the future is now developing.

The first new member to join the band was vocalist Siobhan. After hearing a demo recording of her singing, and being completely blown away by her vocal talents it was obvious that she was the right person for the job. With a strong vocal technique, keen sense of melody and with an ability to sing in a low register she could put a lot of male singers to shame.

The next member to join the band was drummer Trey. A immense powerhouse, a drummer who sits right in the pocket, John Bonhams pocket. A drummer who has fused his two favourite drummers John Bonham and Nico McBrain into his own unique style. A drummer with a wealth of experience in other bands, including a stint with a Tool tribute band. Upon the first jam with Trey, it was evident that this was the guy who would complete the lineup. Now with a band that could develop as a tight unit AEOLIAN was complete. A new musical direction, old songs rearranged, new songs realised. Longer compositions written, the future is now developing.

2016 sees the band reduced to the trio of Siobhan, Graham and Emmet and finally releasing new material and also renaming (slightly) the band to AEOLIAS. ‘Providence’ was released online during the Summer of 2016. A pre-curser to the bands debut album “The Architect” which is now released as of the beginning of April 2017.