The movement known as grunge resonates heavily with those who grew up in that period.  Of course, we just knew it as heavy/alternative rock, metal, punk or any other variation thereof.  Grunge was a buzz word made up by journalists, and a dream for record label and industry people, eager to make as much as they could whilst it lasted.  The media, meanwhile, either focused on the clothes or the darkness in the music and lyrics.  As someone from that generation, I loved it.  The music had a sense of drive and urgency and a gritty sense of realism to the lyrics.  And some incredible musicians and front-men to boot.  Despite some embittered rockers stating they lacked technique or it was just depressing noise. 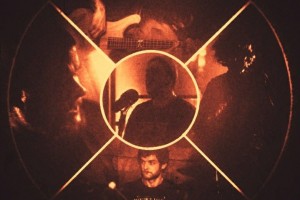 As with any scene, it fell victim to the pressures of the industry.  Too many identikit bands, attention being switched elsewhere and the fallout of the death of some of its headliners such as Kurt Cobain and Layne Stanley all helped bring about its downfall.  Sometimes, as in a relationship, you need some time apart.  As so it was at the time.  Some went solo, others experimented in different fields, whilst others just a break.  But time can be a great healer and so it has proven with grunge.  New bands have begun to incorporate the sounds of their youth or albums borrowed from others.  It has become part of the overall flavour of most alternative rock bands in the modern era.  A touch of SABBATH, a hint of PRIEST, a fleck of SOUNDGARDEN and ALICE IN CHAINS and a whaft of QUEENS OF THE STONE AGE.  As befits our subject here.  Galway lads BETWEEN THE LINES formed in 2013, having previously been known as BLACK TOOTH.  A few re-designs later, a series of tracks released as demos, and we arrive at their debut album.

‘Rumour’ sees a slow and melodic build in.  The faintest hints of bass and plucking on the guitar.  Effects are applied on the mixing of the voices to bring them altogether to produce a low choral feel.  This remains as the guitars make themselves known.  The note is repeated whilst the background voices increase in volume.  A drum blast signals the intro of the vocals but they are more akin to vocalisations.  Think the yowls of front-men like Eddie Vedder or Chris Cornell.  Tadgh McMurrow might not be able to hit the heights of those men but maintains a decent mid-level range.  There is a sturdy drum beat as the piece gets heavier.  There is a greater emphasis on weight rather than speed in the riffs.  The chorus sees “Compare” being recited in a slow and meticulous fashion.  It almost has a sense of METALLICA on ‘Memory Remains’.  Drums, bass and guitars lock into an instrumental segment with a repetitive but catchy pattern.  The vocals emerge again being tougher and faster than before slowing back down to the choral sense from before.  It develops into a slow and sombre grunge piece before a guitar leads into another instrumental piece.  Fluid drumming and powerful drumming lifts the tune out of the mire.  The chorus reappears towards the end leading into a squealing, feedback rich guitars and nifty snare work from Adrian O’ Rourke.  ‘All Free’ begins with more of a heavier opening with significant power and weight in the guitars.  This is particularly true when combined with the drums.  Substantial amount of groove to be found here.  The vocals appear and they are precise and to the point.  Almost a sense of doom or stoner metal to them.  There is a serious amount of power and anger to them.  The tempo and pace rises up a notch in line with them.  It breaks away into another guitar solo full of distortion and feedback.  A series of brief interludes between the vocals stretches out to a more expansive instrumental piece. 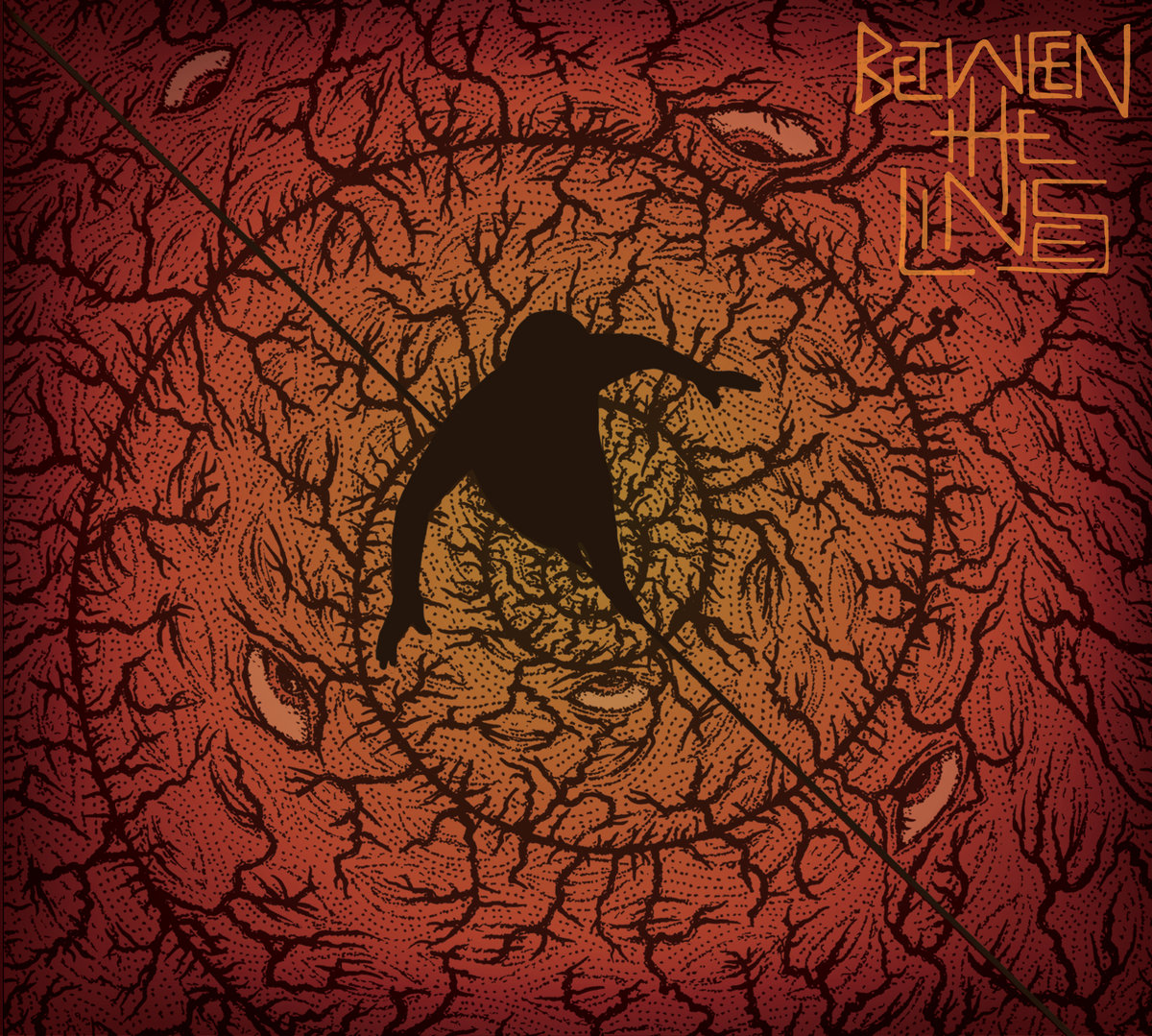 ‘Sands of Time’ kicks off with a distinctive thud and fuzz in the drums and guitars.  It has the mood of classic desert rock bands such as KYUSS and FU  MANCHU.  A series of patterns are repeated before a wailing guitar solo.  The vocals further enhance the far-out nature of the track with a vague hint of threat and danger present.  Great playing yet again.  The pace and volume decreases but the heaviness remains.  After a series of repeated lines, over a tight set of riffs and beats, the playing broadens out.  A juicy bass-line from Eoghan Wynne, over taught drumming, leads to a fluid guitar piece.  It dips and soars accordingly in an extended jam.  Definite prog/post rock influences coming to the fore.  It is both spacey and adventurous.  The repeated vocals reappear over the top and features backing vocals.  A thumping drum piece leads into another jam.  The pace slackens to allow the bass shine through again.  The guitars play over the top of this.  The vocals are almost rapped out in its delivery.  Features a slow and gradual fade-out.  ‘For Your Sanity’ starts with slow, melodic and elegant guitar playing.  A brief crash of drums, intros the vocals.  They are equally as soft and melancholic, with a warm bass underneath.  It is not lacking in passion or emotion however.   The drums signal darker and tougher vocals and playing.  By now, a serious chug has developed.  This drops back down and is accompanied by careful hi-hat work.  The guitar playing is restrained and leads to a drums dominated section featuring some fluid guitar lines.  The vocals emerge and are injected with more weight and passion.  ‘Southern Steel’ is introduced with the grunge quiet/loud dynamic.  The drums come on strong as the vocals arrive.  They are woozy in nature and remind one of ALICE IN CHAINS.  This is against the backdrop of a choppy riff.  An extended guitar section occurs with backing vocals.  As events begin to slow down, it develops into that of an Eastern atmosphere.  Whispered  vocals, glistening cymbals and guitar flecks all figure highly.  These whispered backing voices allude to some cosmic and foreign events yet to develop.  These remain as the vocals gain in power, along with the drums.  These along, with the riffing, are of high quality as it reaches its conclusion.

‘Shellshock’ emerges with power, speed and intensity straight out of the bat.  It has a distinct southern rock vibe to it albeit more CORROSION OF CONFORMITY than MOLLY HATCHET.  It contains some damn solid drumming and fast paced riffs.  The vocals are perhaps more restrained, but work well in this context nonetheless.  A few moments of space seep through to allow playing filter through.  A face-off occurs between the drums and guitars taking place prior to an explosive guitar solo.  The vocals are now more of a call and response nature between a great percussion moment and another fantastic solo.  Full of pace towards the end.  Its climax, ‘Sleep’, invites us into a trippy and mystical opening with low chanting in the background.  It sees a delicately plucked guitar arrangement to begin with.  The vocals are slow, deep and introspective.  They are almost inviting the listener on a journey into inner space. 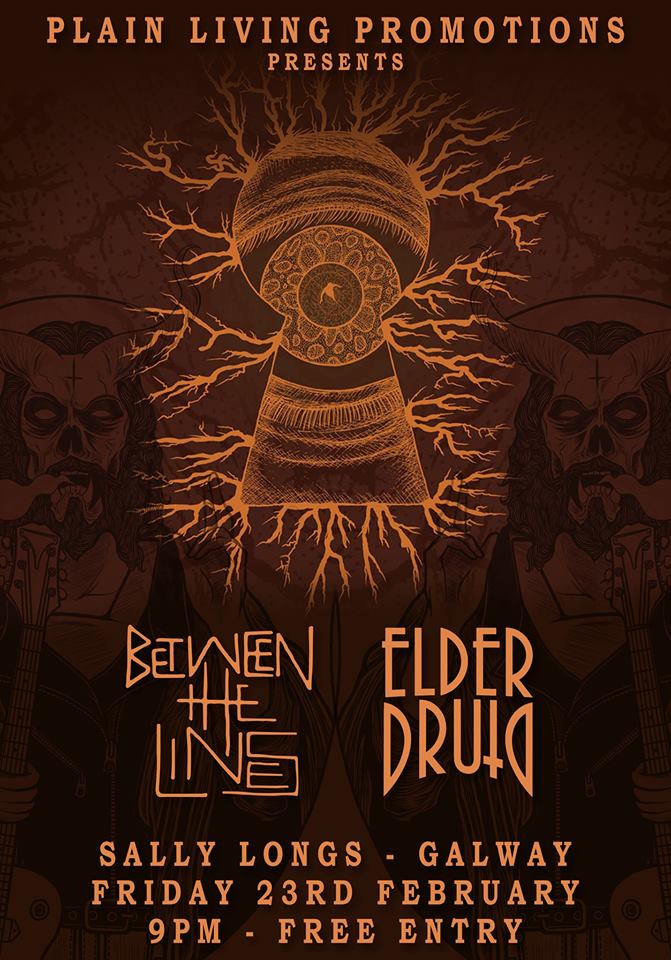 The drumming is similarly careful and sedate.  The playing weaves in and out as the drumming and vocals increase in weight and volume.  A solo breaks through before flickering out again.  Suddenly, there is a huge upsurge in weight in the vocals before a guitars/drums piece.  The mellow vibe returns again and it has a spirit of early VERVE, SPIRITUALIZED and so forth.  It kicks back into the heavier, sludgy sound before fading quietly into the night.

So although their earlier recorded tracks on this album may have betrayed their initial influences, this release has already demonstrated signs of them moving beyond that.  The darker atmospheres now are blended with those post and progressive rock, stoner metal and modern rock with the melodic and emotional depth set forth from bands such as ANATHEMA, KATATONIA and THE GATHERING.  Not all of the tracks work perfectly.  Some tend to last a tad longer than perhaps they should do and there is an inclination to repeat themselves at times.  These are aspects that can be worked upon and tweaked.  The development shown, particularly in the last few numbers, demonstrate their potential.  BETWEEN THE LINES play their first show of 2018 on the 23rd February in Sally Longs, Galway alongside ELDER DRUID.