The state of the Irish metal underground is in quite rude health.  From the quality of the releases coming out to the amount of new and promising bands, it gladdens the heart of a cynical old hack such as myself.  The success of bands such as PRIMORDIAL, ALTAR OF PLAGUES and MOURNING BELOVETH has shone a brighter spotlight on what else we have to offer.  And the refreshing aspect is that the variety on show is quite impressive.  There is a possible temptation for up and coming bands to follow a musical style which has proved popular but generally this has not been the case.  Most have decided to thread their own path.  From eighties era heavy metal, to instrumental prog, to dirty old school death metal to harsh noise; it has all been on display recently.

And it is with this latter genre in mind, that we take a look at a recent side project.  Since WRECK OF THE HESPERUS seems to have been put on the shelf for the foreseeable future, drummer Ray Keenaghan has decided to go off on his own path.  His long association with the doom scene saw him pick up many different flavours but GOURD saw him experiment with harsher atmospherics and noise.  That recent split with LUXURY MOLLUSC and the GOURD EP, saw odd and disturbing soundscapes, grinding guitars and unsettling samples.  His new solo project BENEATH THE SOD was established to further delve into this territory, albeit with shorter tracks and more focused compositions.  All well in theory.  How well those this work in practice? 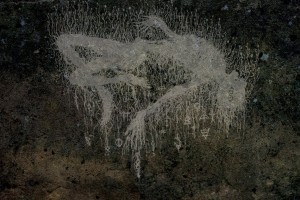 ‘Finality’ starts us off with harsh electronics and feedback.  Which almost resembles the noise created when trying to tune in an especially old or shitty TV.  Vocals appear and they are very low in the mix and have a subversive sense.  The drumming rumbles its way on in and possesses a post-punk/industrial feel to it.  As the playing quickens, the vocals take on more of a primitive and frenetic nature.  They drop off temporarily, whilst the tempo switches, before firing back in again.  The drumming is now particularly unhinged.  Electronics over the top of it helps enhance the uneasy and woozy atmosphere.  The vocals fade away to leave a particularly nasty sounding conflict between the drums and sound effects.  It is slow, lurching in feel and full-on.  A few sporadic drum blasts occur to see the piece out.  ‘Treacherousness’ sees torturous sounding guitar playing, along with slow and wretched drumming.  Weight and mood to the fore.  Definite hints at his previous doom incarnation.  The vocals are a low and hideous growl.  They appear to be layered on top of itself to help create more of a claustrophobic atmosphere.  They echo back at the listener to disorientate the listener.  Riffs come in and keep up the intensity.  Vocals fall back and sound effects come to the fore.  Clanging and striking akin to being in an engineering factory or steel mill.  It could possibly be the lower levels of hell though.  Vocals continue for most of this but occasionally dip out.  There is a sense of impending apocalypse and dread.  Events slow down at the end until it is almost entirely faint against an electronic hum.

It’s title track features steady drum beats, with emphasis on the toms.  Perhaps other forms of percussion are used in conjunction to get that deep thudding sound.  An audio piece is introduced with eerie effects applied to it.  It sounds like something from beyond the grave.  Considering it had been described as “a soundtrack to slowly mummifying bodies”, there could be something to it.  A grinding guitar and snare lead brings us into the main vocals which are quite feral in their nature.  Electronics maintain the sense of enclosure.  It’s extremely raw and thin production obviously helps.  It is uneasy listening at its very best.  Effects are applied to the guitars to make them more hypnotic sounding.  Vocals become lower towards the end but the feeling of dread remains.  It helps to have the vocal assistance of WAR IRON’s Baggy in this sense.  ‘Deny Thyself’ sees slowly plucked guitars and a hazy electronic fog.  It almost has the sense of a grandfather clock chiming away.  The possible use of piano or keyboards to accentuate this.  The playing continues to be very loose in its nature but crashes, waves and mangled voices all fill the void.  A number of doomed out power chords sees a rise in tempo and weight.  The intensity really picks up with the vocals before a few isolated drum beats finish us off.  ‘Stigmata of a Cursed Corpse’ includes sound effects from the start and throughout.  It almost takes on a cinematic atmosphere at points.  Could be the pain and anguish encountered by our aforementioned corpse. Occasional drum beats become steadier towards the end. 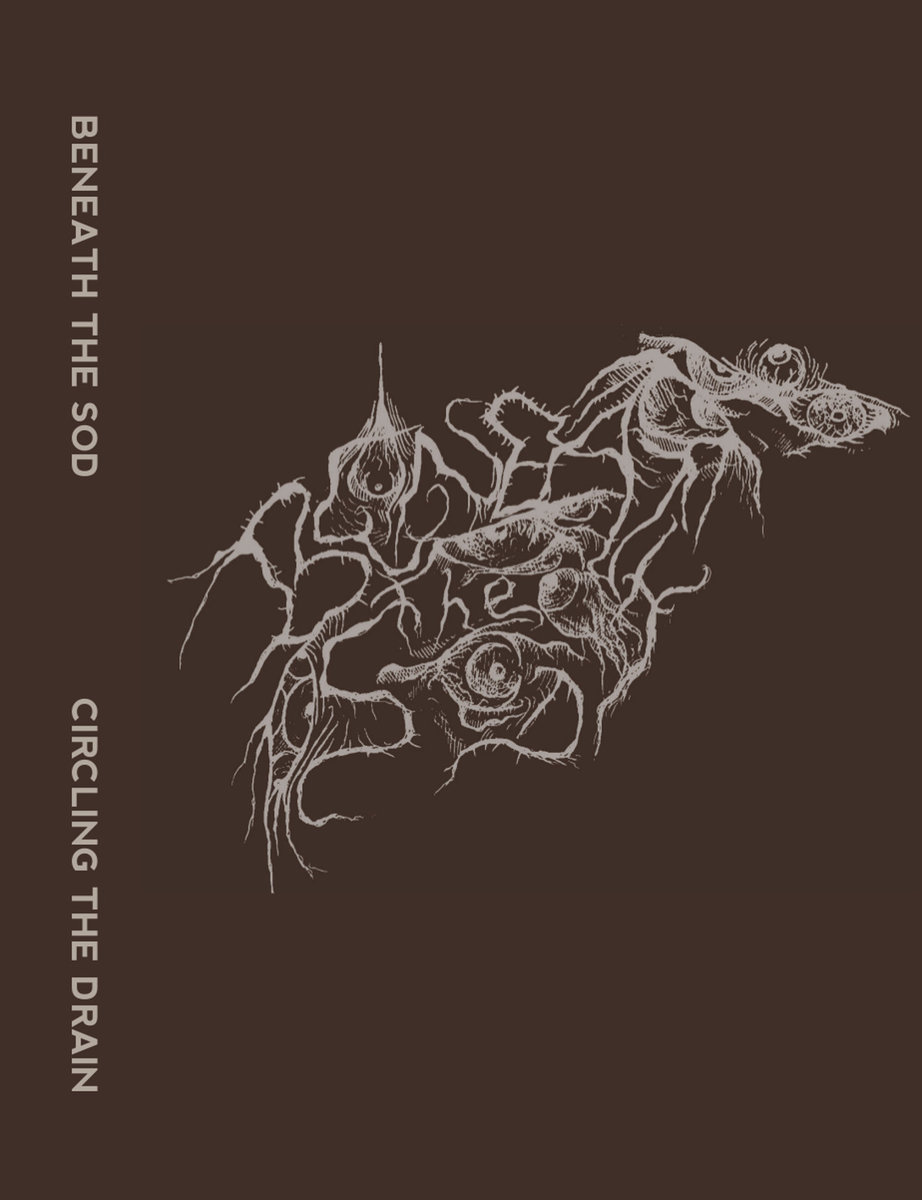 ‘Twitching Into Oblivion’ kicks off with distorted and feedback heavy notes to begin with along with slow and methodical drumming.  A few great moments shine through which are almost SABBATH like in their execution.  Cracking work from MALTHUSIAN‘s AC.  The two obviously used to play together in WOTH and have a great chemistry together.  The sense of impending doom lies ahead.  The vocals shriek and wail above all of this.  Sound effects mimic various different noises such as shattering glass, high winds and more to mix things up.  A guitar piece with a low down and dirty tone changes the tempo up a notch.  The drumming comes more to the front and the vocals regain their ferocity.  This relents to a section of audio pieces over detuned guitars.  The shrieking returns until the end.  ‘No Way Out’ contains more frantic, effects laden audio pieces to start with.  It leads into a slow dirge sounding number with typically nasty sounding vocals.  Definitely emphasis on weight and tone rather than pace as it lurches and shuffles its way out of the murky crevasse it inhabits.  ‘Deathbed’ is the quickest track on the album.  It is a brief run through of the best of their disgusting nature.  Definitely more related to their noise influences rather than any doom ones.

There is plenty here to enjoy.  The pieces are constructed well.  Thankfully there are enough moments of clarity to allow the playing to be heard.  In the murky and chaotic nature of this music, it can often get caught up in the maelstrom.  But for lovers of dark and hideous music, it is a joy to behold.  It says something when most of these numbers are even too disgusting and wretched for WOTH.  They have been clogged away getting increasingly rotten until they escaped.  A special word to the artwork from AC and Paul McCarroll of Unhinged Art.  It truly encapsulates the nature of the music.

For those looking to get a physical copy of this, the album was released through the Irish cassette label Fort Evil Fruit.  A digital download is also available on their bandcamp page.  As the nature of a one-man band, the opportunities to perform this live is extremely limited.  Offers are likely to arrive, but the reality means that it just may not be viable.  One can hope though.  In the meantime, Ray plans to get going on writing new songs in the hopes of releasing a new EP.  A few more guests have been lined up for these also.  I, for one, forward to more of the same.