Dublin five piece AETERNUM VALE who have just released a four track EP titled “Ashes Of Memory”. The bands previous full length effort, “Inter Arma Enim Silent Leges”, was a very good release and got plenty of spins, but the live recording technique left it feeling a little empty at times. This new EP has seen the band iron out the creases and judging by the quality of the tracks on display by the melodic Black Metallers, the future will hopefully be bright for this quintet. 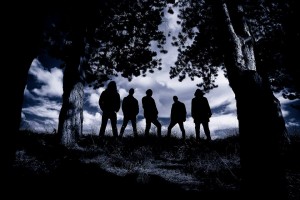 But don’t let the term “melodic” fool you, however. Yes! There is harmony and melody in here but it’s mixed in with influences of more rawer, traditional Black Metal. Case in point being the brilliant stand out track ‘Revolt Of The Godless’ with it’s trademark black metal riffing and galloping bass lines, countered perfectly with melodic lead guitar work. And the title track which serves as a perfect closer to the EP. Right from the opening notes the band exude confidence. Again the drums and bass driving the band forward as the guitars flow effortlessly in and out of black metal chugging riffs and melodic leads.

Overall! The production, courtesy of Michael Richards at Dublin’s Trackmix Studios, is to a very good standard and the sound quality doesn’t falter for a second. Everything is on point and just sits nicely in the mix.

AETERNUM VALE are hitting the live circuit with a number of shows already planned on the 17th February at the final Carnage Club night in Fibbers, as well as supporting CHRIST AGONY in Dublin on the 24th February, at Cork’s Urban Assault on the 25th February 2017 and at the upcoming Siege OF Limerick – Earrach 2017. 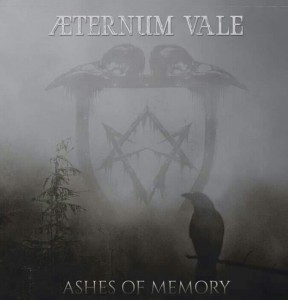 1. Shadows Over Sculpted Stone
2. Revolt Of The Godless
3. In Silence Triumph Burns
4. Ashes Of Memory