The Irish Metal Archive is delighted to present, ahead of it’s official release tomorrow on Friday the 28th July, an exclusive stream from the mighty TEN TON SLUG‘s latest limited edition CD… “Live At The Siege Of Limerick – Earrach 2017”. The recording of the Galway bands performance on the 16th April 2017 was made by Ben Cohn for the Irish Metal Archive on the 16th April 2017.

The three tracks featured originally appeared on the bands “Brutal Gluttonous Beast” EP and will feature on the limited CD release of the bands full live set from the Siege and includes two previously unreleased new songs, which will only be available on this 5 track CD in plastic sleeve with card inlay, numbered disc and custom slug drawing inside by one of the band members.

“Live At The Siege – Earrach 2017” will be limited to 40 CD’s in plastic sleeves with card inlay, numbered disc with hand-drawn custom Slug art inside the inlay of each CD drawn by one of the band members. There will be 20 bundles available with the CD and a new embroidered ‘Circle Of Slime’ 8cm diameter sew-on-Slug-patch and another 20 CDs by themselves.

Available to buy and download only from the TEN TON SLUG bandcamp page from Friday the 28th July 2017. 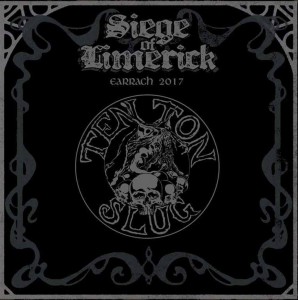 “Recorded live at the Siege of Limerick in April 2017 by Ben Cohn. Thanks to Bad Reputation Ireland and Irish Metal Archives. All the proceeds from this go towards funding the recording, duplication and release of our next EP.” 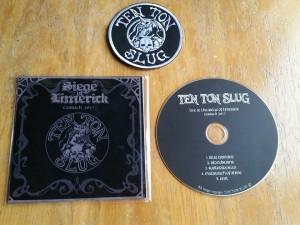 Being the dead sound Slugs that they are… the band have given the Archive a CD and patch bundle for one lucky sod to win… All you have to do to win is leave a comment in the comments section at the bottom of this page and also ‘Like’, ‘Share’ this page publicly using the links below also!

Competition closed!!!
The winner of is Timothy Murphy!

Based in Galway and originally from the depths of Connemara in the west of Ireland, Ten Ton Slug has ingested five humans and leaves a trail of groove-laden sludge metal in its wake. Gigging started in early 2014 and the band released a live demo ‘Live at the Oaks’ in September 2015, followed by a very well received debut EP ‘Brutal Gluttonous Beast’ in October 2016.

The Slug has worked hard, building a reputation for delivering formidable live performances and has gigged extensively, supporting bands such as Crowbar, Ohhms, Planet of Zeus and Slabdragger and most recently securing a support slot with Crowbar for both of their Irish shows. In addition to this, Ten Ton Slug won the Metal 2 the Masses Ireland competition in May 2016 and played to a packed New Blood Stage at Bloodstock Festival in the UK.

The band are hard at work on new material for release in 2017. And they are confirmed for The Emerald Haze Festival on the 1st-2nd of September which will see them on the same bill alongside Solstafir, Belzebong, as well as other Irish and international bands. Then later in September, they will play alongside Belfast Doom/Death crew, THE CRAWLING for two dates… Cork on the 22nd with ZHI REN and SLUNG FROM A TREE and then again in Galway on the 23rd with STONECARVER. 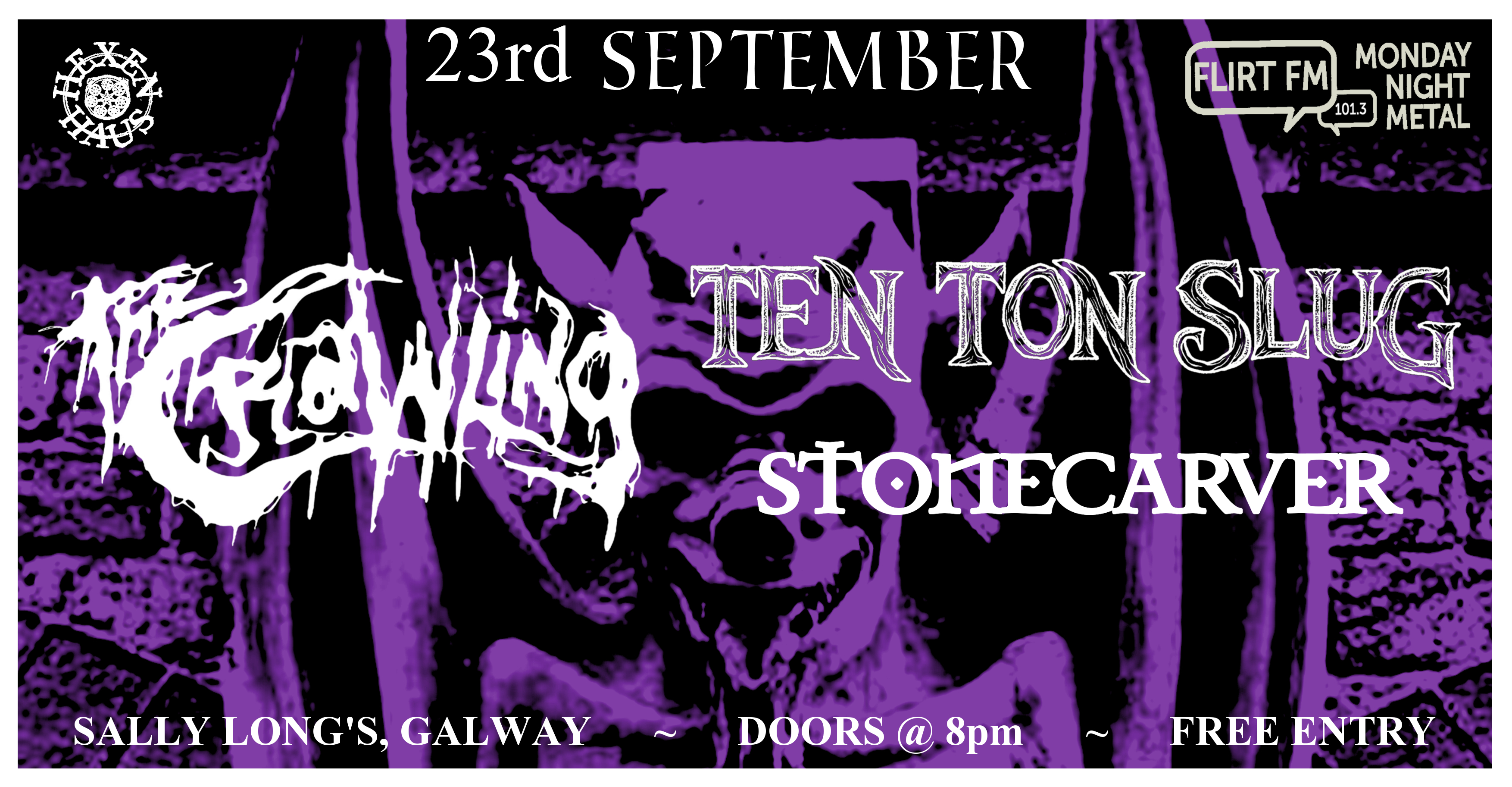 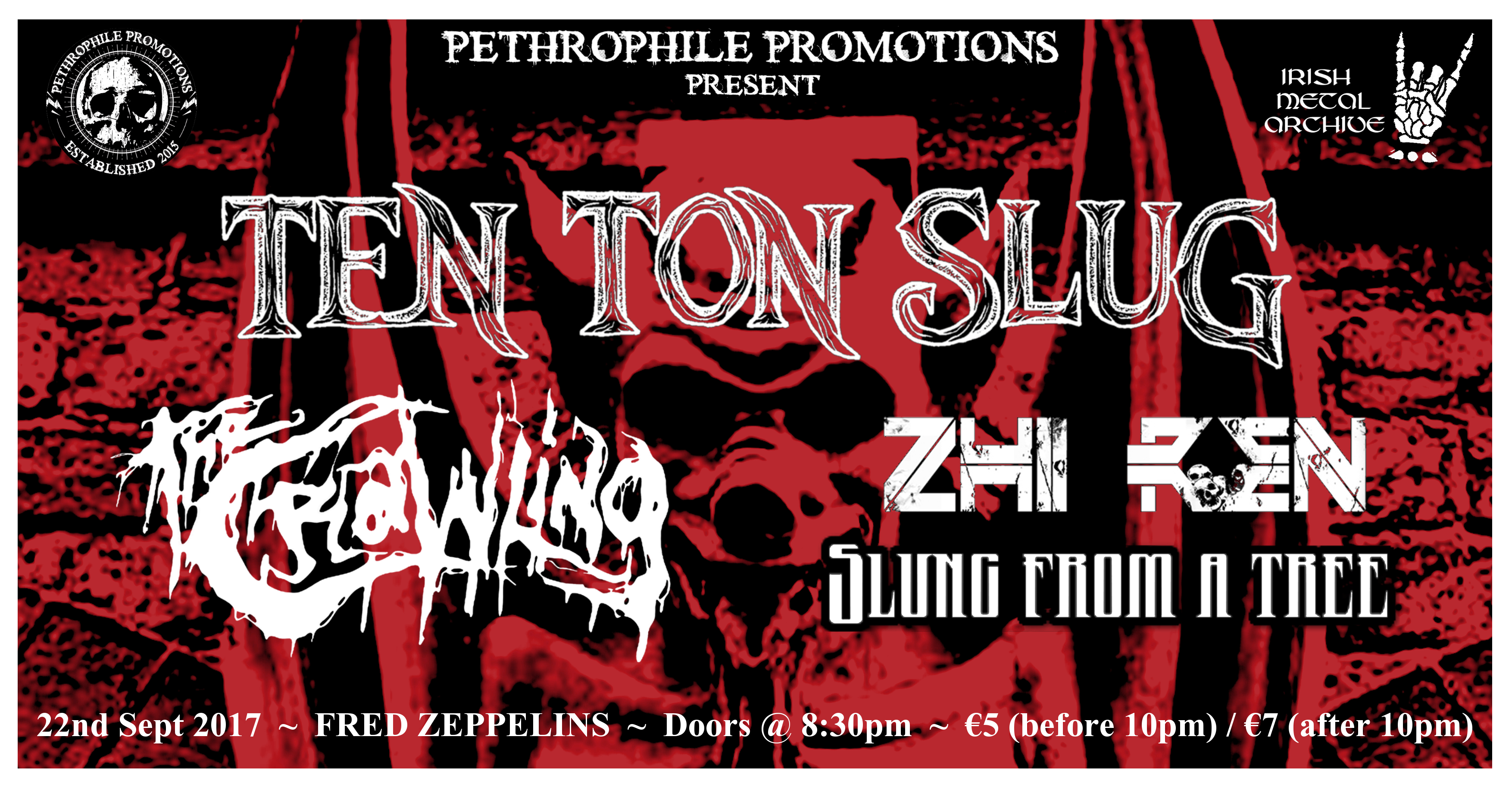