Irish extreme metal horde OVEROTH today reveal long awaited details for the follow up to their debut, “Kingdom Of Shadows”. With no less than ten tracks and over 40 minutes of extreme metal laden with orchestration, and artwork from none other than Will Simpson (Game Of Thrones, DC Comics), the quartet’s forthcoming grand opus entitled “The Forgotten Tome” is set for release 22nd September 2017 via Hostile Media. 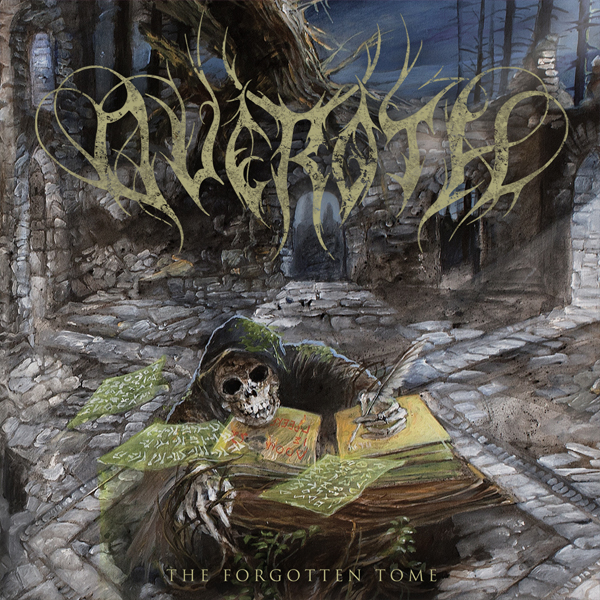 1. Opus Obscura
2. Sigil Of The Empty Throne
3. Winter Of Iniquity
4. The Keeper
5. God Of Delusion
6. The Forgotten Tome
7. Leviathan Swallowed The Sun
8. Mar The Gates
9. Harbinger Of The End Times
10. Shadows In A Thousand Shades Of Black

“The Forgotten Tome” was recorded at Sonic Forge in Wales with producers Joe Thompson and Mike Hourihan and will be released on CD, limited edition heavyweight vinyl as well as digitally.
Album pre-orders and bundle deals available HERE. 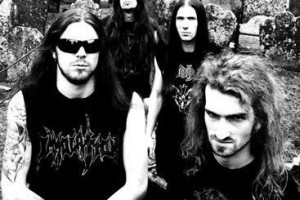 The band comments, “We’ve been working on this album for what seems like an aeon, but finally we’re pleased to announce that our hard work and determination for perfection has come to a close. We actually tracked the drums, guitars and vocals for this album around two years ago, and we had planned to add some subtle orchestration as we had done in our debut “Kingdom Of Shadows”… however… when Dan (guitars) got started, the songs yearned for much more than we had anticipated. It would be further months of writing, from violins to piano, to the use of ancient instruments like the duduk and ney flute and then back and forwards with mixing… it would appear mixing twenty instruments isn’t all that easy! We also had a grand vision for the artwork and working with a talent such as Will Simpson was a great experience, he really did bring our vision to life. The artwork is a story in itself, with multiple pieces all intertwined. There is more than what the cover art depicts, but we’ll reveal all that at some point in the very near future. Finally, “The Forgotten Tome” is complete and we are set to unleash the beast into the world this September.”

“Lyrically, for the most part this collection of tales at a first glance would appear fantasy based, with fables of war and magic, good and evil, but actually there is a more human narrative underlying each song. We have our own interpretation of these stories, and we hope that people can find it or come up with some other moral of their own.”