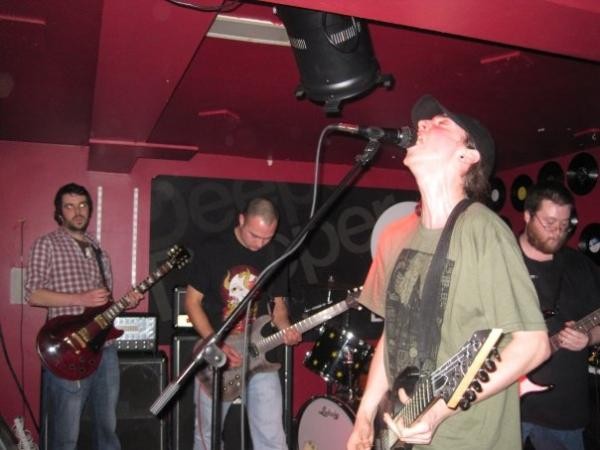 TRENCHES first got together in 2007 as a 4 piece with Simon, Gabriel, Jonathan and Kieran. They released their first demo, ‘Pigs Throne’ with this line-up in 2008. The following year they were joined by Garret on bass and Peter as a third guitarist. In 2010 they released their eponymous 5-track ‘Trenches EP’. And in late 2011 they shared a split vinyl release with Dublin’s DRAINLAND.

They have gigged a fair bit and have a great reputation as a live band, playing with the likes of COUNCIL OF TANITH, RITES, WRECK OF THE HESPERUS, ON PAIN OF DEATH, THEM MARTYRS and DE NOVISSIMIS.