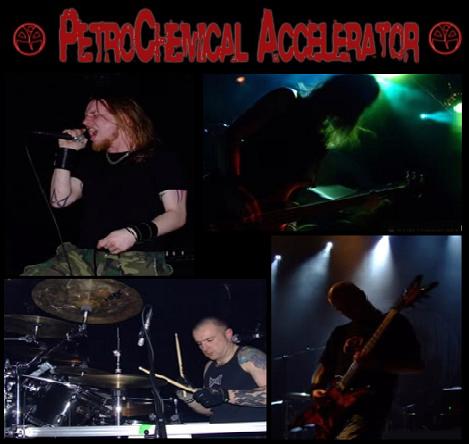 PETROCHEMICAL ACCELERATOR were a four piece Groove Metal band from Dublin who first formed in 2003. They recorded and released their debut ‘Burn EP’ in 2006 and followed that up in 2008 with their ‘Dead Disco EP’which was released on Northern Irish label RUNDOWN RECORDS. They were pretty active on the live circuit up until the end of 2008 when the band split. Both EPs are available here for FREE download along with a live performance by the band in Vicar St. from May 2007, with permission courtesy of Seán O’Connor and Owen Drummond. Seán went on to play with Doom/Stoner Rockers UTOPIAN RUINS and both Drummo and Brady went on to form Dublin based Death Metallers KILLFACE.