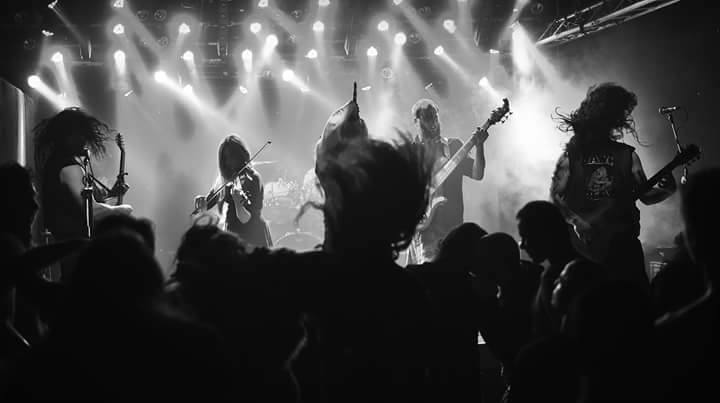 NA CRUITHNE are a Folk Metel band formed in Galway back in 2012.

The band has a style that incorporates elements of Groove and Black Metal with heavy influences from traditional Irish, Scottish and Breton music. The influences from the trad scene in Galway have made their way into NA CRUITHNE’s music, which is often introduced by the Irish Bouzouki or Fiddle and driven home with the full Metal outfit.

The band recorded their debut album “Gairm An Fhiántais” with John Moffatt in the Oaks Recording Studio, Enniskillen.