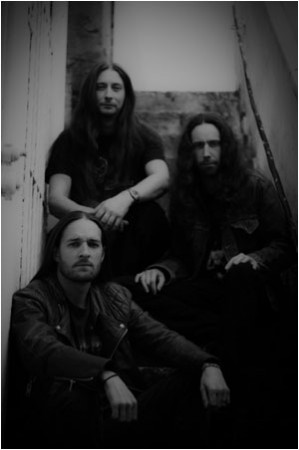 Honey For Christ are a Northern Ireland based pure heavy metal band formed through obsession with metal music and all that it stands for. The band refuse to hold back on musical influences and only play what they want to hear; dark and emotional heavy fucking metal.

Honey For Christ were formed in November 1998 by 5 friends with a passion for music. All categories of metal were forgotten and it was agreed that no member would hold back any influence, and this created the sound of Honey for Christ. From March 1999 to 2002 the band released 3 successful demos.

April of 1999 the debut “Long Way Down & Rising” was recorded on 4 track. The demo was heavily distributed and achieved very good press in both fanzines and magazines The events of 2000 led to the creation of a self financed EP, entitled “The Art of Self Abuse & Soul Erosion”. In June 2002 the band were taken into a professional studio to capture the power and intensity that the music deserves; the outcome was “Forging Iron Will.” Again critically acclaimed by fanzines and the mainstream, the disc was a great success, and was featured as album of the month by metalUK.

2005 saw HFC with a new line up, Andy taking on the additional role of vocals due to Jason’s’ departure earlier in the year. Undeterred the trio self financed and self produced 5 of the darkest tracks to date. This evolution created “The Darkest Pinnacle of Light” Acheiving great reviews and album of the month in some zines Honey For Christ took their music further afield.

In 2007 Honey For Christ decided to venture to Europe, Belgium, Spain, Portugal, Germany and The Netherlands all geting a taste of the metal madness! Reacitions were very positive and the band had a great time. 2008 brought some more touring to Europe and the UK with only a few gigs in Ireland. It was decided that as the band were approaching 10 years of existence they would release something special. So a new track “All Hope Was Strangled” was recorded and released as a single, with a B side of a reworked classic, “Orion Dust.” The single was released as a 7″ vinyl rather than on CD as a treat for HFC fans, along with a bonus CD-ROM with video footage of tours and MP3’s of the 2 tracks.

2009 saw HFC retreat to their rehearsal room to complete the new tracks needed for the next release. 7 new tracks and a re-recording of the now popular live track, “The Final Transition”. Locked in the studio for 6 months 2010 saw the inception of the Honey For Christ debut full length album, “The Cruelty of Great Expectations.” Recorded in Rundown Studios where the band had complete control the album has turned out exactly as planned; 8 tracks of bleakness marred in misery and degradation. Released in 30th April 2011 this will be Honey For Christ’s finest hour.

Chris Armstrong was replaced by CONDEMNED, THE OBSCENE MACHINE, LESSHELP drummer, Willy Taylor. At least as a temporary stop-gap. But in June 2013 Will Taylor sadly passed away and the band were left in limbo. And as of 2014, Andy Clarke has since joined new outfit THE CRAWLING.