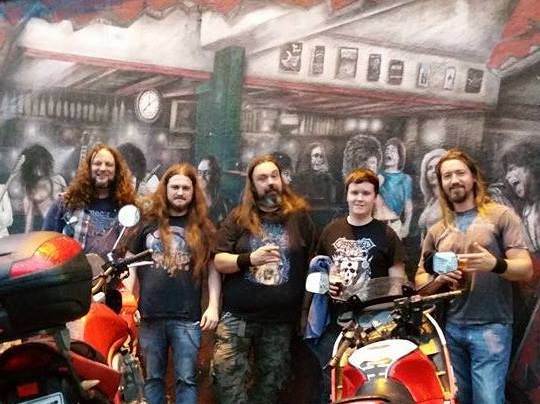 There’s a bit of a Northern Irish supergroup thing going on with CAUSTICGOD.

They released a self-titled two track demo back in September 2015. Then all went quiet until they released an exclusive download only track ‘The Grail’ in February 2017. And on the 1st July 2017 CAUSTICGOD released their debut full-length album, “Sullen Sanctuary”.