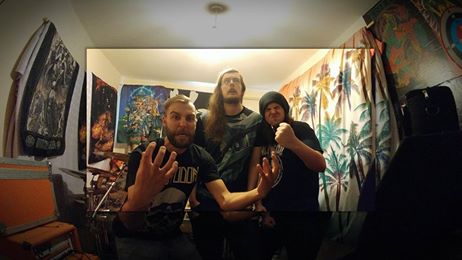 AXECATCHER are a melodic hardcore band from Limavady in Northern Ireland. Formed in 2011, their sound is reminiscent of acts such as COMEBACK KID, TRASH TALK and EVERY TIME I DIE… all in equal measure.

AXECATCHER released their first single ‘The Odalisque’ to a warm reception in July 2012, the highlight of which was being the featured track on the BBC Ulster’s Across The Line’s feature ‘That New Band Smell’.

2013 saw the release of AXECATCHER‘s first EP “Sparks & Spears” through Savour Your Scene records. The EP was released as a run of 40 cassette tapes and is also available for download on Bandcamp. The year also saw the addition of Karson Browne on vocals to the band, bringing a whole new dimension to their sound.

In February of 2014 the lads self released their second EP “We Watch the Sun Burn”, recorded by Niall Dalton and mastered by Alan Douches at West West Side Studios (NY). The EP is available for download from their Bandcamp page.

Since releasing their first EP, AXECATCHER have played alongside international acts such as Canada’s KEN mode and Los Angeles’ ROTTING OUT, and with plans to record in the not so distant future, be sure to keep them on your radar.