Distro-y Records has been helping JUNGBLUTH from Germany, line up dates in Ireland for their Irish and UK tour. JUNGBLUTH are set to play 4 shows in Ireland – Belfast, Dublin, Galway and Waterford this February. The tour will also feature Erfurt70 who feature members of Jungbluth. We are also delighted to say that Bacchus are going to be playing two of these gigs in Dublin and Galway.

JUNGBLUTH are a three piece anti-fascist hardcore/punk band from Münster (Germany), named after German resistance fighter Karl Jungbluth who was executed by the Nazis in 1945. With their songs moving seamlessly between powerful, tough and pounding hardcore into a soundscape of post-rock. Definitely not one to be missed!

Check their stuff out here: 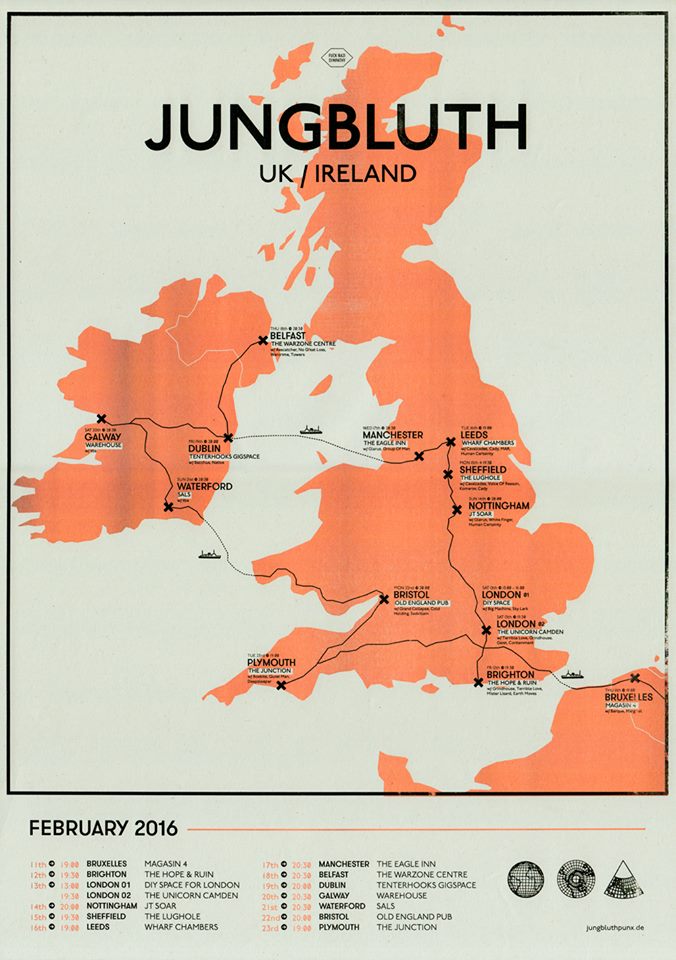