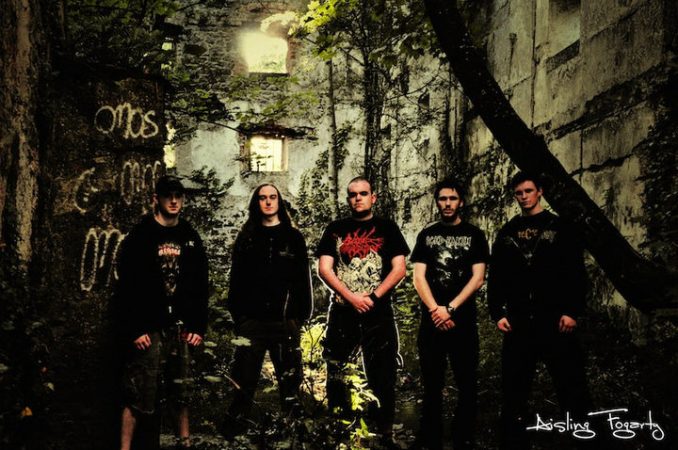 ATRAX MANTIS were a four piece Death Metal/ Tech Grind from Kilkenny, Ireland. Formed in 2004 as a four piece with Dylan Lawless (Guitar), James Meany (vocals), Darran Guilfoyle (Bass) and James Quinn (Drums). In 2005 the band recruited a second guitarist named Eoin Brett but he left after a few months. In 2006, James Meany was replaced by Tomás ‘T’ McMorrow on vocals. The band have shared the stage with many legends including CANNIBAL CORPSE, DESECRATION, FLESHGOD APOCALYPSE, SANATORIUM, CEPHALIC CARNAGE and MISERY INDEX.

In 2007 ATRAX MANTIS won the Kilkenny Battle of the Bands which rewarded them with studio time and was used to record their debut EP. The band have played all over Ireland and played dates in Holland with fellow Kilkenny band SLAVE ZERO.

2008 saw the release of their long awaited EP entitled “Condemned to Hatred”. It was greeted with critical acclaim by many Metal fanzines and was a great representation of the bands musicianship and talent. ATRAX MANTIS had penciled in a new release for 2013 on their Myspace page and despite touring throughout that year nothing materialised. Despite splitting up the band are still referenced in the Irish Metal Scene as one of the most brutally heavy acts to play live!

Cheers to Richie (The Metal Cell) for the write-up…   ( https://www.instagram.com/themetalcellpodcast/ )