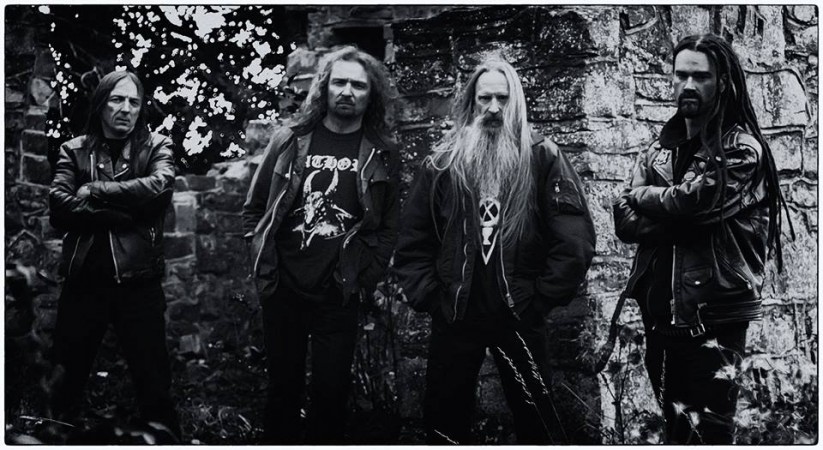 After closing the door on legendary Irish outfit MORPHOSIS, Vinnie O’Brien and David “George” Thomas are back with APOSTATE VIATICUM. Enlisting Andy Inight (NEPHRIDIUM, INHUMANE) to sit behind the drum kit, the trio set about jamming and rehearsing with their first efforts surfacing in limited circles as a pre-production demo of the track, ‘In The Shadow Of The Monolith’ towards the very end of 2014, before the band had even been officially named. Moving on to June 2015 and the trio record five new demo tracks at Trackmix Studios, again limited to close circles and band contacts, and finally settle on the moniker, APOSTATE VIATICUM.

Early 2016 saw them being joined by former CORRUPTED/AGONY DESIGN guitarist and BLODDY KISSES (Type O Negative Tribute) vocalist and bassist Muiris Ó Fiannachta on guitars and vocals. The band have already played a couple of live shows during 2016, supporting DROWNED and at the Unconquored Darkness Fest, with more live outings planned for later in the year. A full length album is also nearing completion which is due for release later in the year.