URBAN ASSAULT: SOOTHSAYER… All You Need To Know! Posted: 18/02/2017 by Philip Morrissey

With Cork’s URBAN ASSAULT FEST looming on Saturday the 25th February, we here at the Irish Metal Archive decided to chase down a few bands playing on the day to give all you fine punters a heads up on what to expect. Next up we have Cork’s own Atmospheric Doom Metallers, the mighty SOOTHSAYER…

Early 2016 saw bassist Steve Quinn leave the band, but not before laying down his final recordings for the bands second EP. The position was quickly filled by Paval Rosa.

– How did they come together?

SOOTHSAYER formed from the ashes of the 12-legged Sludge/Noise Leviathan that waS ÍWERIÚ… who sadly went into an indefinite hibernation with some of it’s members leaving the country. Those left behind wanted to keep creating. Bringing in some fresh blood, they sought to continue their journey, developing and honing their sound and style.

– What can gig goers expect from them in terms of sound?

Some blackened, doomy riffs. A heavy and intense, ritualistic atmosphere. They have noticeably improved with time and are today a seriously impressive live act. Each song is lengthy, arduous and builds rhythmically into a heaving swell of riffs, topped off with an array of vocal effects from frontman Liam Hughes. 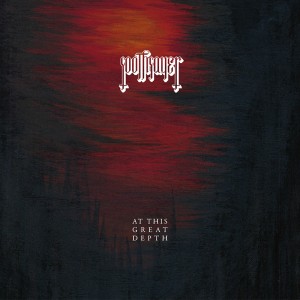 Their first EP, “The Soothsayer”, was featured as the debut of the month on doom-metal.com in 2015. In 2016, they signed with Transcending Obscurity Records and their second EP, “At This Great Depth” became album of the month on metalireland.com. Also got quite a glowing report here on the Irish Metal Archive.  Since then, they have been featured in Decibel Magazine, Noisey, Zero Tolerance and Metal Injection.

– Who are they looking forward to seeing/playing with?

“We are looking forward to seeing zhOra again, they’re a force to be reckoned with. THE MAGNAPINNA are always a blast. It’ll be good to play with DEMETER again. It’s been quite a while since we’ve seen BRIGANTIA so they’re definitely high on the list too!”

“We have a few gigs lined up around the country. That will take us as far as May. Then there may be a split 7″ in the works. After that, we’ll just be focusing on writing for the album and hoping to get overseas.”