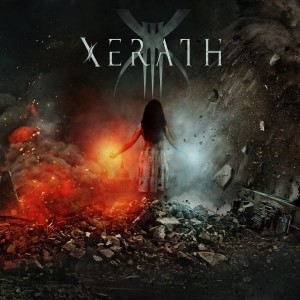 Metal is often a complex beast. It can become a huge all-consuming wall of music, surrounding the listener and captivating them, or it can go straight of the jugular in an full frontal attack on the senses. The third album from British band XERATH, likes to indulge in both of these choices, often simultaneously. The unimaginatively named “III” is a feast for the ears, creating a unique genre blending mix of Death, Symphonic, and Progressive Metal.

The first thing to strike out on the record is the fact that this band are proud to spend some time building up an air of suspense and a mysterious atmosphere. There is no race to the finish line of this album. This is evident in spades on the opening track, ‘I Hold Dominion’, which takes its time to tell its seven minute story. The track thunders through numerous tempo changes, producing some stand out steady grooves which allow their new Irish guitarist, Conor McGouran, to flex musical muscles and prove he’s more than worthy of becoming a permanent member of XERATH. The solid foundation of ‘I Hold Dominion’ is then coupled with enormous synth swells and Richard Thomson’s melodic, almost calming, chorus of “We don’t belong” in between vicious bouts of heavy, high pitched vocals. This pretty much sets the tone of what to expect for the upcoming hour.

“III” features some brilliantly imaginative pieces of writing, which are designed to make your ears stand up and take notice. One such moment can be heard at the beginning of ‘Bleed This Body Clean’ (see video below…) as the keyboard/synth and guitar have a full blown conversation. The guitar’s riff is fat, slow and chunky as it calls out to the other instrument. Letting the guitar have its say, the synth then replies in kind, creating a wide orchestral response. This interaction between the instruments continues on throughout the intro creating a jaw dropping piece of music. It’s so impressive, in fact, that when they try to recapture the same essence later in the song, it simply doesn’t compare, and instead sounds somewhat weak. Luckily the rest of the track more than holds up with some heavy riffs and lead guitar break.

Of course, not everything is slow and reserved on “III”. Tracks like ‘Death Defiant’ and ‘Demigod Doctrine’ bring some speed into the mix with quite a few blast-beat breaks throughout them. You can clearly hear the Death Metal influence here and it works into XERATH’s sound beautifully. However, their natural habitat seems to be geared more towards mid-tempo grooves than it does speed. This is where they really excel and really get the chance to make things their own. The entire record is littered with fantastic half speed drumming segments which beat down upon the listener like pure blunt force. This gives way for some impressively complex passages, which in turn allows McGouran to do what he does best as the pair traverse through a number of different time signatures, making it feel natural and fluid. Some of these riffs really stand out. The beginning of ‘Autonomous’ packs a hefty riff, which powers along like a Metal freight train, forcing everything in its path to move with the beat. It’s quite simply a behemoth. Much of the album follows this concept, creating multiple moments where your body will begin to sway to the music, with or without your consent. This could also lead to outbursts of head banging to the signature bounce they deliver in waves. 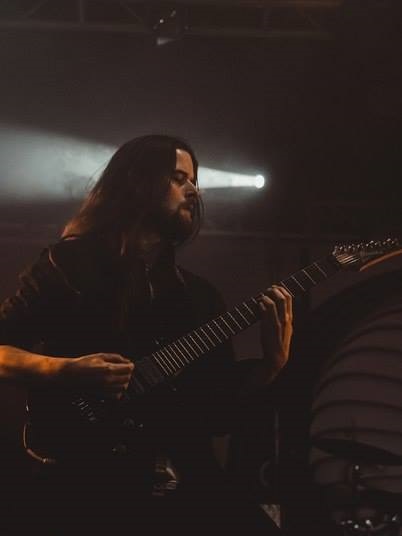 There are times when the crunch of the guitar almost sounds industrial. This, however, suits the progressive band and makes sure that each note rings through perfectly. There is one particular moment when they seem to take a break from this genre though, and go with something a little friendlier. ‘Passenger’ shows a different aspect of XERATH, an almost tamed side of the beast. Its symphonic opening paints a picture of great size and scale. This then transforms into a strong verse which features a consistently heavy riff before letting up for a very light and harmonic chorus. It’s less savage than what had come before it, and is almost reminiscent of an attempt at being radio friendly on the band’s behalf. It’s a straight forward track that separates itself greatly from the rest of the record. It also showcases Thomson’s vocal capabilities, as he easily switches from his Death Metal snarl to something akin to Burton C. Bell of Fear Factory’s melodic voice. This is even more effective in the ‘Veil- Part 1’, a light, atmospheric finisher to the record to allows Thomson to release his harmonic side one last time before the other band members close the album with the equally relaxing instrumental track, ‘Veil- Part 2’.

“III”, as a whole, is a no holds barred rush of Progressive Death Metal. It’s as enjoyable as it is inventive, and proves that XERATH are not afraid to think outside the box. The production quality is stellar as it makes it feel like he music is wild and free, forming its own dark environment in which to stay. The symphonic synth can be overbearing at times, smothering the other instruments as the band reaches for a full orchestral effect. There are times when, between the constant string of build-ups and breakdowns, that it feels like some of the passages never really get time to take root and stand on their own. Then again, there are times when XERATH’s grooves shine through and carry the record brilliantly. From the beginning of ‘I Hold Dominion’ to the final stretch of ‘Veil- Part 2’, XERATH’s musicianship is a glory to before. 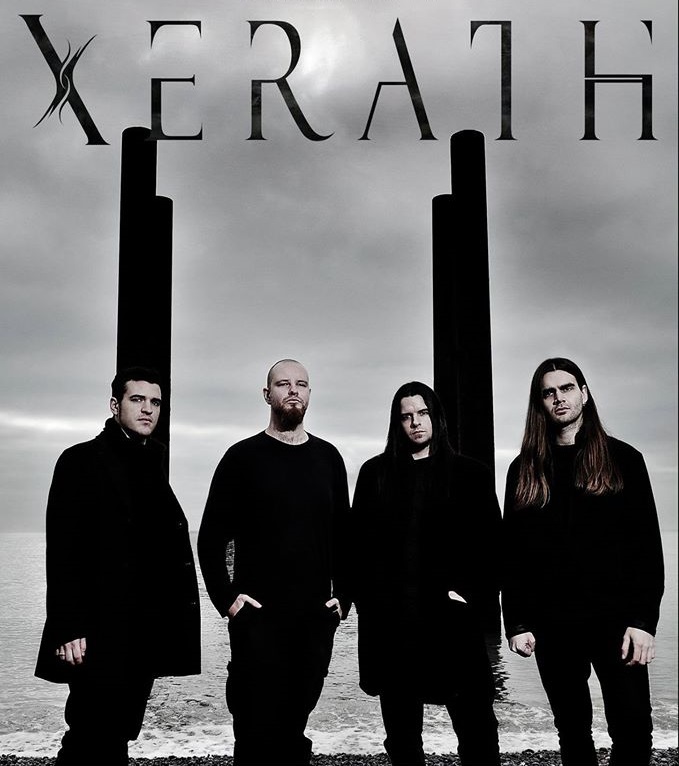