The influx of Eastern Europeans into Ireland over the past decade or so have certainly had a positive impact upon the Irish metal scene. They have generally made their presence felt up and down the country at gigs. Often swelling the attendance to more respectable figures which would have been depressingly low in their absence. A shared interest in boozing and craic has also made them extremely welcome. Several Cork groups have set up with Polish members in that period such as BISECT, DEEPENMIND and many more. And under the excellent work of Daniel Olszewski of Polish Metal Promotions, Polish bands have begun to view Ireland as a viable touring destination.

THY WORSHIPER began in the early nineties under the stewardship of Marcin Gasiorowski in the Polish city of Wroclaw. The country was beginning to find its feet post independence and the scene was busy with the likes of VADER, BEHEMOTH, GRAVELAND, HATE and CHRIST AGONY. Upon signing to Morbid Noizz, they released the well received “Popiol (Introibo ad Altare Dei)”. The album was innovative for combining black metal with traditional melodies and traditional instruments. This did not last too long however. After a brief period of touring, the band went their separate ways. He kept busy creating music and contributing to various different pagan bands. Upon arriving in Dublin, he met up with an old THY WORSHIPER fan, Dariusz Kubala, and set about to recreate the band. This was completed with musicians that they knew operating locally. The band has steadily begun to move more towards their folk influences by mixing in slower and more acoustic elements. Released last May 2016, “Klechdy” or “Tales” goes further into this vein. 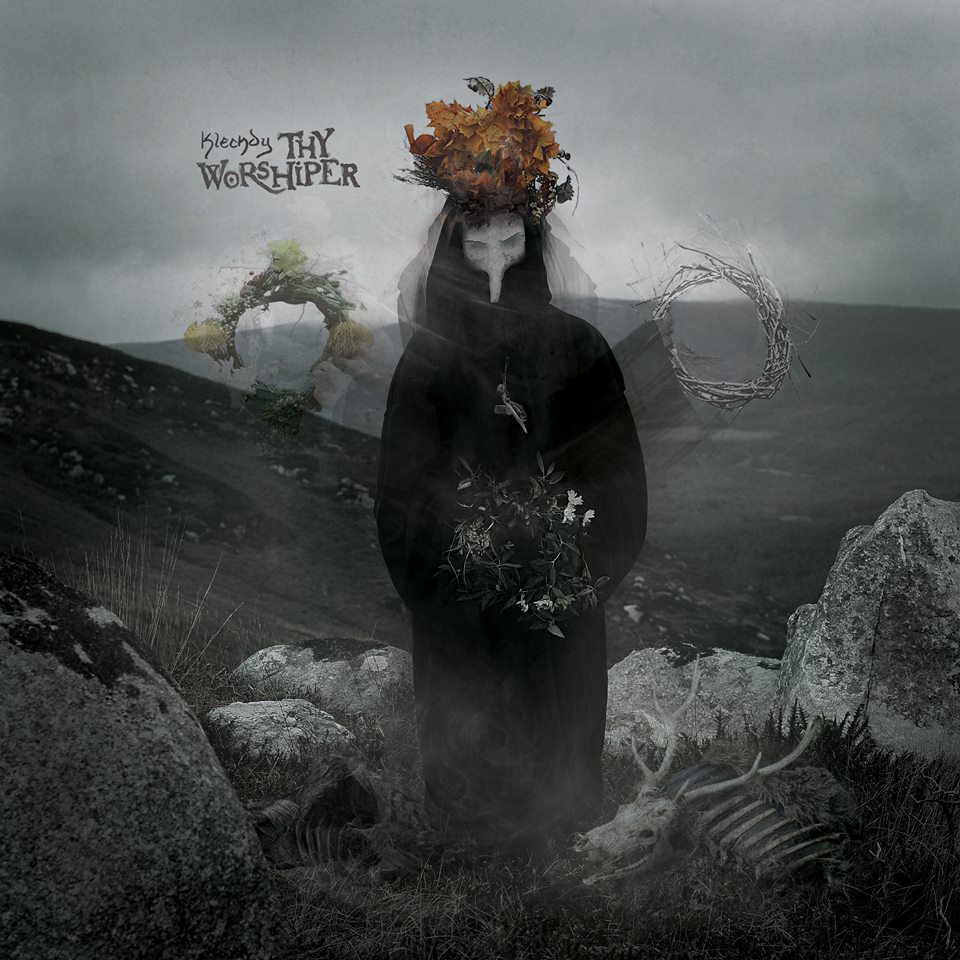 This is not an album that is easily digestible on first listen. It requires time and patience. It is all sung/spoken in Polish and often played by unfamiliar instruments creating unique sounds. These are of Eastern European origin and may flumoux some. They only ad to the atmosphere of the pieces in question though.

Opener ‘Gorzkie Żale (Bitter Grief)’ sets the template with it’s dark, brooding atmosphere and percussion instruments to the fore. It perhaps has the feel of the unsettling A FOREST OF STARS. Vocals from Anna Malarz (since replaced by Monika Lubas) are understated to begin with and help build up the atmosphere of the piece. It sees some beautiful guitar lines to complement it. Gradually as the drums become more prevalent, the harsher vocals from Gasiorowski make themselves known, creating an interesting counterpoint through the use of ethnic instruments and an authentic feel to the whole piece. Strained harsh vocals takes ‘Wila (Water)’ into an altogether darker place, and along with tribal beats and rhythms it all contribute towards a feeling of unease. Vocals are more shamanistic than before. Krystian Mazur’s bass and Bartoz Maruszak’s drumming are the most noticeable but don’t overpower. ‘Marzanna (Madder)’ lives up to its name, with time signatures being made fun of and tempo changes to beat the band. One can scarcely take a breath. It needs a few listens but it will resonate with you.

‘Halny (Mountain)’ begins yet again with the harsher vocals. It is set to a backdrop of keys and the steady tapping of one of the percussive instruments. It is slightly more laid-back than what came before but events starts to hasten as the Malarz’ vocals commence. Events become faster and increase in depth. The progressive rock elements really make themselves aware here. Yet again there is some wonderful guitar lines from Gasiorowski, particularly when placed against a haunting background. ‘Post Coitum’ is the first solely instrumental piece. There is a delicious contrast between the sound effects against the traditional instruments. ‘Wschody (Sunrises)’ completes side one of all of this. (When album tracks actually meant something!). More heaving sounding effects create a haunting canvass from which the heavy sounding bass and vocals display their various shades. The masculine vocals are perhaps at their most unhinged and frenetic on this track. There is some superb drumming punctuated by the intro of the feminine vocals. Yet again the beauty and beast contrast works to a tee here. It is one of the longest tracks as well clocking in at over ten minutes. Time to breathe, unwind, perhaps have a smoke before changing to side two.

Side Two begins with ‘Zioła (Herbs)’. There is definitely the sense of something herbal going on here. It has something of a moody and tribelistic sound to its build-up before the vocals begin. There is definitely more power present. This may be due to the fact that layering seems to be incorporated over them. The psychedelic feel is accentuated on ‘Słońce (Sin)’. It is one of the few tracks to feature no female vocals at all. However that does not mean it is all growling throughout. Instead, the vocals are akin to whispered monastic chants. The sense is of something religious, albeit existing pre-Catholicism. The playing is very gentle and subtle while electronic beeps and pitches give the track a warm and comforting sensation and there is the faint hint of drone making itself present. Those chanted vocals make themselves known again in ‘Grzyby (Fungus)’, gradually becoming harsher, but there are very interesting sections intermediately. At times the vocalisations sound like Roger Waters on ‘Be Careful of That Axe, Eugene’. Check out ‘Live at Pompeii’ for clarification. The background instruments sound vaguely like a didgeridoo in some weird way. As the track reaches its unhinged climax, some of the playing is a joy to behold. ‘Dziady (Samhain)’ as the name would suggest involves more of an emphasis on their black metal roots. There is an increase in the darkness of the vocals and blasting sections of performing that did not exist before elsewhere. The vocals become increasingly desperate and forlorn sounding as they surge full hilt over the ledge. The female vocals are revisited but even they seem distinctly tougher. 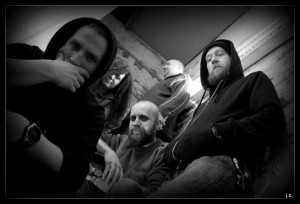 Penultimate track ‘Żywot (Existence)’ is probably one of the shortest, if not the shortest, tracks on the album. Stringed instruments abound and are set against solely Malarz’ vocals. Definitely more mellow and folky when set against some of the other tracks that came before it. Closer ‘Anielski Orszak (Cherubic March)’ comes straight out like the black metal sound of previously. There is a lot more to it than that however. It swoops and soars against the more gothic like female vocals. The folk/trad/black/psych mix gets increasingly blurred. At no times does the blend become forced or awkward. It is all in thrall to the music being orchestrated. Whenever elements demand it, seasons and moods change accordingly All sides fuse together accordingly to what is required. The heady stew makes one aware of the almost deafening silence upon completion.

I can’t say I understood too much of what was being said in the vocals. The moods and complexions were enough to drag me in however. At times, shades of NEGURA BUNGET’s use of Eastern instruments, at others the ‘sturm und drang’ of bands such as MOONSORROW and PRIMORDIAL. At times bewildering, at times exhilarating. Definitely a band to experience in the live environment. If they can replicate even half of this on stage, it would be a joy to behold. Especially for those wishing to be whisked away to a land of witches, magic and mystery.