Its a strange feeling to be covering a release from a band who have already decided to part ways.  The musical offering can often seem to be a poignant exercise.  The feeling that said band had so much more to give and what may have laid ahead.  The split can, of course, be for many different reasons.  Family or work reasons, wishing to go into alternative musical paths, frustration with lack of progress or members falling out with one another.  Life happens and sometimes for all the good wishes a band has, it cannot legislate for issues happening around them.  Lets face it; bands these days do not make an awful lot of money or enough to build a career around.  Especially those engaged in extreme metal or hardcore bands.

And therefore it is sad to announce the demise of HOLLOW TRUTH.  Having only formed in 2012, the Bray outfit hit the ground running.  Almost straight away they released their “The Earth Shook” demo on tape and also free online.  This also received a UK release through a British label.  Their second tape, “Prometheus Bound”, was released the following June through the same Irish label, Dead End Music.  “The Power To Endure” EP was recorded at Last Light that same year and came out in 2014.  They also released a split with HARDSHIPS that same year.  Another EP, “The War Economy”, was released in 2015, along with a video for the title number.  Another split, this time with DEATHTRAP, was released in 2016 under the name of “An Infernal Affinity”.  So far, so busy.  I am not going to even list the amount of hardcore and thrash bands they have performed with.  Both Irish and otherwise.  Lets just say its been a lot.  So the only question that remains… Is this going to be a suitable farewell for the lads? 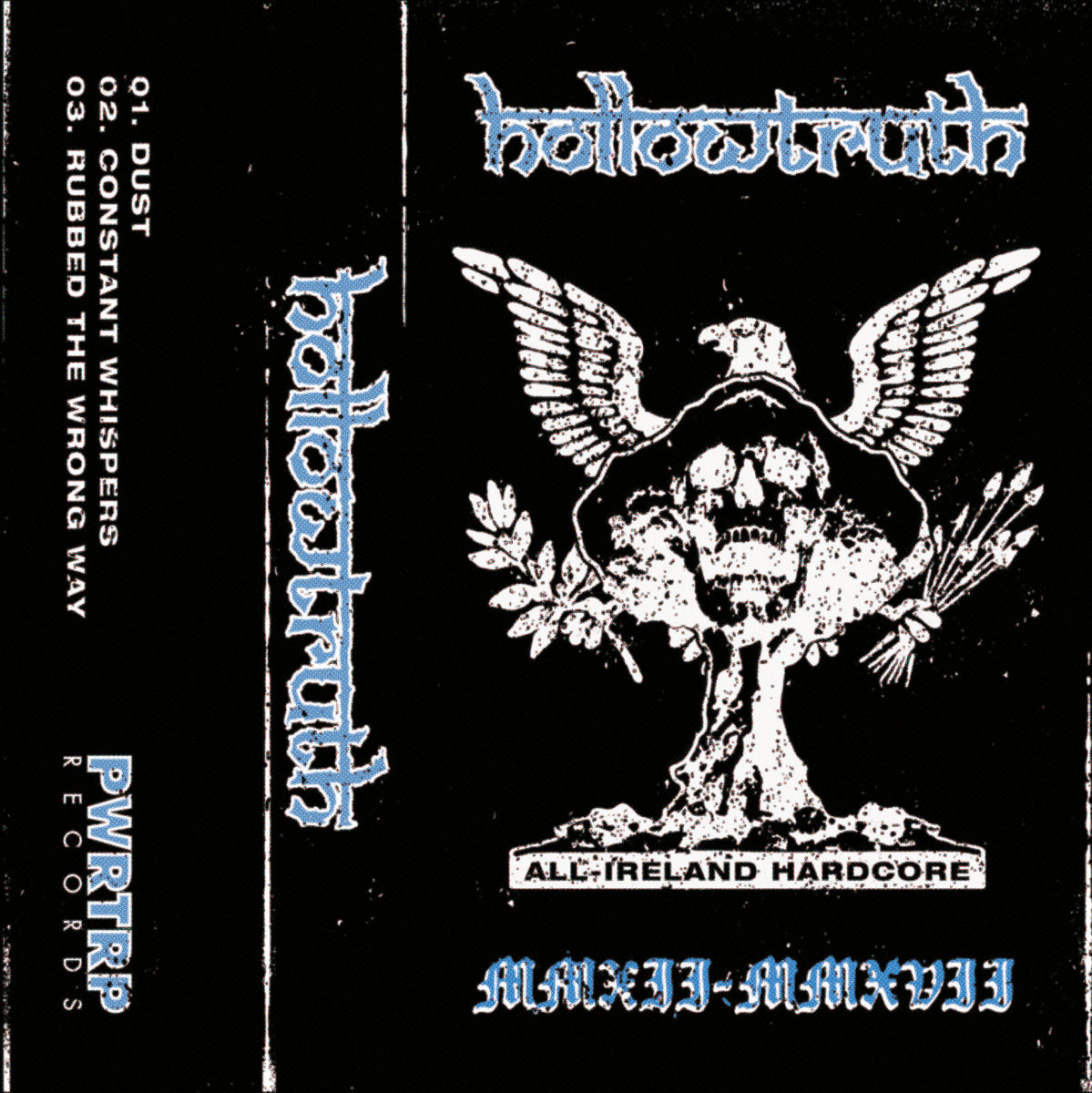 ‘Dust’ comes straight off the bat into a high tempo opening.  Much of their influences derive from the hardcore and crossover scene and it is clearly displayed here.  Bands such as CRO-MAGS, SUICIDAL TENDENCIES, CRUMBSUCKERS, CORROSION OF CONFORMITY, MORDRED and Dr. LIVING DEAD.  Obviously quite a lot of Irish bands who they would have played with also.  The likes of ANIMATOR, PSYKOSIS, ATOMINATED, GAMA BOMB, and so on.  The vocals from Ciarán Nolan are definitely more on the punk/H.C vibe with an appropriately snotty attitude on show.  The guitars and bass-lines from Dom Cormican lock together to create somewhat of a grinding quality.  This enhances the rawness of it.  The drums are generally of a solid nature, preferring to remain to the beat.  They employ a call-and-response at the chorus and the use of duel vocalists crops up again at different points.  The playing keeps to the similar pattern for most of it until the drums preempt a solo of great energy by Jake Delmar.  Two guitars are used to work well off one another during it.  The vocals switch to more of a spoken delivery.  A brief interlude brings us back to the pattern from before.  It is then call-and-response to the very end.

‘Constant Whispers’ contains a series of mightily catchy riffs to kick off with.  They resemble the work done by THERAPY? in their “Troublegum” days.  There is high intensity drumming by Karl Lombard to go along with it.  Nolan’s vocals appear and retain the same spirit from before.  A distinct feel of aggression and spite to them.  Whilst all of this is taking place, a couple of tasty licks crop up here and there.  The call-and-response delivery returns yet around the chorus parts.  It breaks away into a high-paced and energetic solo.  And it is the quality of playing here which shows their appreciation of bands of more of a technical background.  Solos are more of a thrash characteristic.  It just shows outfits such ANNIHILATOR, SLAYER, ANTHRAX, MEGADETH, VIO-LENCE and DARK ANGEL filtered into their music.  Shouted type vocals, over the playing, sees it out to the end.  Final track, ‘Rubbed the Wrong Way’, involves more of a slow and ominous opening.  A few solid guitar lines make themselves known, with a somewhat Eastern feel to them.  Quite restrained and sedate at this point.  It is backed up with some careful and meticulous snare work from Lombard.  One of the guitars leads into an increase in tempo, whilst retaining the exotic textures from before.  The mood is more concentrated on weight and feel rather than pace.  It is considerably darker than previous numbers.  A few pummelling drum beats courtesy of Lombard can be heard at various points heightening the power.  The duel vocalists are again employed to great effect.  There is a nice contrast between the two.  Eventually the valve is unleashed and the playing is flat-out and furious to the every end. 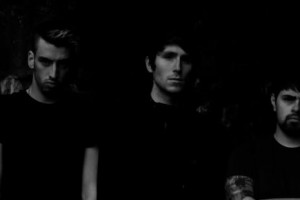 I am not going to lie and say it is a perfect release just because they are no more.  It is somewhat rough-shot and less than pristine sound wise.  Some of the playing does get slightly repetitive at times due to a lack of variety and I would have liked to have heard more from the bass.  But it more than makes up for these misgivings in terms of spirit.  It has it in spades.  Some of the quirks and characteristics contained within are often surprising.  These little nuggets may be overlooked upon first listening.  Particular riffs and beats reveal a band of lower quality than may have been given credit for.  And various different shades explored ensures that the EP positively zips by.  They are massively indebted to their influences, as many bands are.  They are not a poor imitation however.  If you did not know they were from Bray, you might assume them to be a lost treasure of the early eighties Bay Area.

The light may have dimmed on HOLLOW TRUTH for the immediate future but don’t expect to hear the last from them just yet.  From speaking with the lads, it appears that Delmar, Lombard and Nolan already have another project on the go and are due to record material for it.  It has been described as a NWOTHM band under the title of FLASHPOINT.  Dom Cormican, meanwhile, has been recruited by Belfast metal outfit, DEATH OF A SALESMAN, who are also due to be releasing new material themselves.  So watch this space.