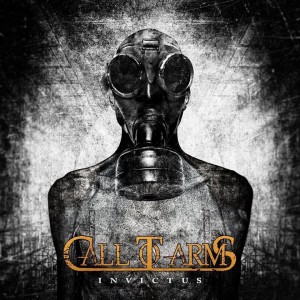 I’ve seen this lot popping up on my newsfeed pretty regularly. Always playing a gig here or there, but I could never find any music to check them out properly. Thankfully that has now been rectified with the official release of the bands “Invictus” EP. Opening track ‘Our Salvation’ features guest vocals by Sam Gorman from fellow Dublin upstarts ENSHRINED and starts things off well enough with a nifty military type drum beat complimented by decent guitar riff. The vocals are gruff and harsh and suit the music pretty well. And then during the hardcore chorus section the band swerve off in a classic BIOHAZARD direction, with the vocals very reminiscent of ‘Tears Of Blood’. Not a bad thing! As I wore out two copies of their “Urban Discipline” tape back in the day. This is followed up with the more straight forward ‘Bullet With Your Name’, which is one of the lead tracks for the EP. Musically it’s solid enough, although it sounds a little under produced compared to the opener. And the lead guitars sound off during the mid-section. It’s hard to explain, but it just doesn’t sound right to these ears. They just don’t fit and sound out of place. And vocally, if it weren’t for the use of some slight effects over them, it cuts very close to metalcore during the chorus section.

‘Imprisoned Darkness’ is a slightly slower and chunkier animal compared to the first two. And the heavy stop/start drums and riff during the closing section is done well and is surely a pure treat in the live setting. A great track but also suffers a bit from the same production issues and ‘out of place’ feel to some of the lead guitar work. ‘Mirrors’ was the first track I heard from CALL TO ARMS a few months back. And is easily the best pick from the bunch. It opens with a clever lead section that works this time, before launching into a punchy hardcore monster. And it’s short enough too which works to it’s benefit. It just does the job and then fecks off.

Closing the EP is the bands anthem ‘The Core’, which is what they call their ‘fanbase’. An alright track, but production wise is notably lacking compared to the benchmark set by ‘Mirrors’ just before it. But the biggest negative is the pronunciation during the line… “We are everyTING and more… we are de core”. I’m sorry, Lads! It just kills it for me. And with the crowd singalong, they again straddle the line between rock solid hardcore and mediocre metalcore. Thankfully they always seem to lean more towards the hardcore side of the fence, though!

It’s still very early days for CALL TO ARMS. And “Invictus” is a really good EP from a band whose members are still only in their teens, as far as I can tell. Even though the overall production is rough around the edges, they’ve still managed to create something leaps and bounds ahead of so many other similar bands and their peers in the Irish metal scene. If they can produce something like “Invictus” after only a short couple of years together, then the future should be very bright for these lads.