OK! So Revolver Magazine actually did this piece and it’s not done here on the Irish Metal Archive at all. But it’s still an interesting read and a good incite into the meanings behind the tracks on “Where Greater Men Have Fallen”.

Follow the links to read the full track-by-track breakdown… 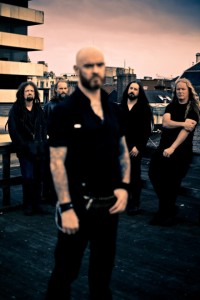 In commemoration of its release Revolver Magazine brings fans a thorough track-by-track breakdown of the offering as told by vocalist Alan Averill.
http://www.revolvermag.com/news/primordial-break-down-new-album-where-greater-men-have-fallen-track-by-track.html

Tracked at Grouse Lodge in Dublin with Jaime Gomez (Cathedral, Angelwitch, Grave Miasma),PRIMORDIAL‘s “Where Greater Men Have Fallen” is an eight-track, fifty-eight minute masterwork Stereogum dubs “almost Maiden-esque in its majesty” driven by the compelling vocal urgency of Averill, who Pitchfork crowns, “one of the most captivating bandleaders in metal.”

PRIMORDIAL will bring their sonic savagery to stages throughout Europe in the coming weeks with additional live ceremonials to be announced soon.

“Where Greater Men Have Fallen” was released in North America on November 25th, 2014 via Metal Blade Records. Visit metalblade.com/primordial where you’ll find a lyric video for the title track as well as a host of ordering options. The record is available on CD and vinyl in various color variants.