MAKING MONSTERS are a female fronted Melodic Alternative Metal band from Derry who have been blazing their own trail for the last few years. They have received extensive airplay on BBC Radio One, Across the Line and other radio stations and have been on an extensive UK tour alongside MAX RAPTOR, FORT HOPE and Dublin’s ONLY RIVALS after their 2013 Irish tour with Young Guns. As well as many support slots with various other local acts such as AND SO I WATCH YOU FROM AFAR.

2014 has seen the band step it up another notch with their second EP ‘Attention’ now completed. The EP was recorded by Neal Calderwood at Manor Park Studios and is about to be released on the 16th of June through Death By Records.

Two videos have already been released in the past few months prior to the EP’s official release. The first ‘What It’s Worth’ was released towards the end of 2013. A catchy track with chunky thick guitars and and excellent vocals from Emma Gallagher, switching effortlessly between strong clean singing and impressive harsh vocals. And the second ‘Limits’ was released in February earlier this year. A more melodic track compared to the previous one, relying more on guitar hooks and again brilliant vocals. 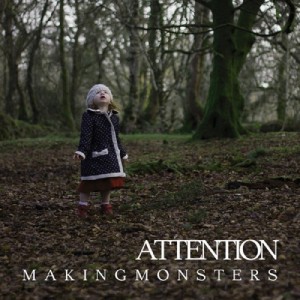 The band have also just uploaded another new track ‘Nosebleed’ which is now streaming over on their Soundloud page. Sorry! Stream embeds aren’t working at the minute so you’ll just have to head on over to check it out. A short, quick-fire burst of aggression the whet the appetite before the official release next month.

The bands debut self-titled EP is also currently available to buy on CD from the bands online store and is also available to download for free from Bandcamp and Soundcloud.