Kildare trio DEAD LABEL have just released their brand new album “Throne of Bones” today, so we thought it would be a good idea to catch up with the band for a few questions about the band and their latest opus.

Trevor McCormack had the bands drummer Claire Percival on his Cranium Titanium Metal Show a few weeks back on May 16th, but due to some technical gremlins the recording of the show and interview failed, so here’s a follow-up to make up for it.

Could you Tell us a bit about the formation of Dead label?

We formed in 2008. The three of us had been in a previous band called VX for years before hand. DEAD LABEL was our time to take it seriously and do it right! 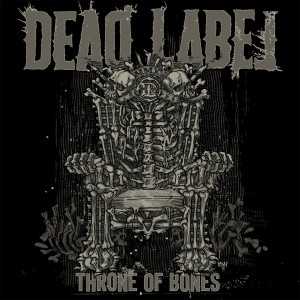 DEAD LABEL‘s new album “Throne Of Bones” is out today (10-06-16) through Nuerra Records. And was recorded with famed producer/engineer Chris Rakestraw (PARKWAY DRIVE, HUNTRESS & DANZIG) in East West Studios on Sunset Boulevard late last year. What was the decision to record over there? Was it coinciding with your tour or is it something the band collectively wanted to do?

Our label is based in Los Angeles, so they decided it would be a cool opportunity for us to record over there and then to play some shows while we were there. It ended up turning into a much bigger you’r than we expected, which was brilliant!

Is there any meaning behind the title “Throne of Bones”?

The song is about tyrannical governments abusing their people, killing them all that shite and basically ruling a country from a throne built of the bones of it’s people.

Does “Throne of Bones” serve as a companion in any way to your previous album “Sense Of Slaughter”?

Is this album the release that your most happy with?

Yes so far. We are already writing and preparing for the next one. We love writing. We are always writing and trying to improve and get better but I don’t hunk we will ever get bored of playing the songs on “Throne of Bones”.

Is there any band or artist that influenced the music and or the song-writing on the album?

We take a lot of influence from everywhere. Some metal bands and some other genres too. As a band we are big fans of METALLICA, MACHINE HEAD, GOJIRA, PANTERA. I am sure these influences can be found on the album for sure. We listen to a lot of Thin Lizzy and SIMON & GARFUNKEL too… I’m not sure if they are influences but maybe subconsciously its in there. 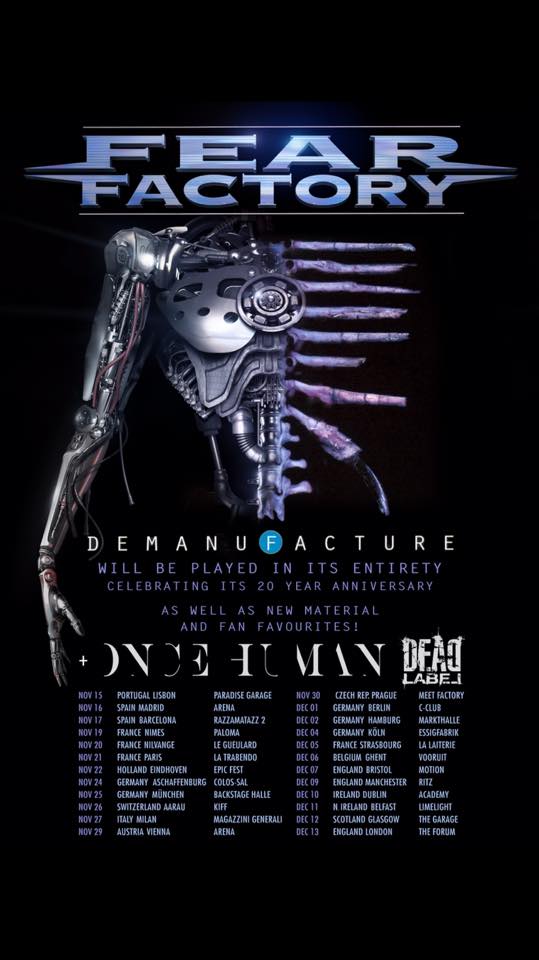 You guys have been on the go now about eight years and have achieved more than most bands who have been around three time as long as you guys, with supporting major acts like FEAR FACTORY, GOJIRA, MACHINE HEAD and getting slots on massive festivals such as bloodstock. So what’s your secret?!

There is no secret really, we just try and keep trying and we never take no as a final answer. I’m sure we have irritated a lot of people with the persistent pursuing of gigs but eventually someone will give you a chance. Then you just have to show up and be professional, play your best and don’t be a dick. That’s it. We are very fortunate in a lot of the shows that we have played and we certainly are grateful for the chance to play and tour with some of the most amazing musicians on the planet. Playing shows of that calibre makes you step up your game, you can’t support Gojira and not be 300% tight. We are very lucky and I would say to any band new or old, keep trying and don’t expect anybody to come looking for you!

For a band that has worked so hard and have achieved so much what advice would you give to not only upcoming bands but band who are around as longer or longer and are still in a stagnant position?

I would say keep writing and keep playing. Go somewhere you e never played before and nail it. Chase festivals and chase small shows Europe. Metal is loved in Europe. Get some money together however you can and just go and play. You have to prove you can survive the road before a big band will risk taking you out!!! Makes sense!!!

Can you tell us a few things about your future tour plans?

Right now we are booked for the Main Stage at MetalDays which is July 29th in Slovenia. I’m not at liberty to repeat anything else at the moment!

Where is the album available to buy?

The album is available digitally on iTunes/Spotify and physically via Plastic Head and HMV.