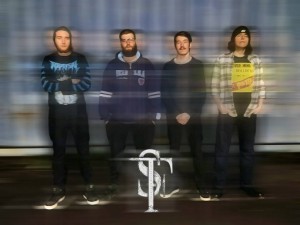 TOO LOUD Records is proud to announce that irish hardcore metal combo Following The Signs have signed a recording deal for their upcoming EP. The band will start the production with Ricky Fankaz Dagaat Titans LAB Recording Studio (Ferrara, Italy).

“FOLLOWING THE SIGNS are a metal band coming out of Cork City Ireland. The band has been together since 2017 and was founded by front man Dan Hayes. They released their first Self-Titled EP in 2017, consisting of four tracks with heavy distorted guitars and heavy drum beats with a raw voice.

The band quickly grabbed the attention of the local metal scene and was quick to get the name around, being featured here on the Irish Metal Archive, Burning Metal Ireland, the Cranium Titanium Metal Radio Show and Alt Night Radio with their single ‘To Light A Fire’. As well as also getting a slot on the Urban Assault Metal Fest 2018.

The band hopes to strive with their high ambitions and heavy music. The band wishes only to grow as time goes on and they don’t show any signs of stopping with two guitars, a bassist, drummer and a vocalist… FOLLOWING THE SIGNS believe they can amount to great things.”