Some news in from Distro-y Records, as the label takes a bit of side-step from it’s usual diet of HC/Crust/Punk to issue “Harmonic Ruptures” by Galway stoner/doom band HARVESTER. 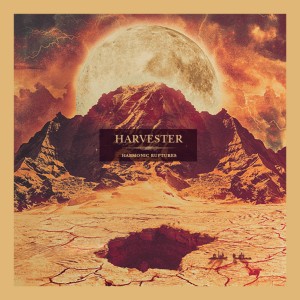 “HARVESTER from Galway have been a firm favourite of mine on the Irish over the last few years although not quiet the usual sounds of Crust/Raw Punk you may be use to seeing come from Distro-y.
Bringing riffs a plenty with their heavy stoner guitar wizardry pulling a multiple of influences of Sabbath and Thin Lizzy as effortlessly blast across sub-genres. Featuring members of EASPA MEASA, The Boy You Hit Is Dead and Rites. This is only a short introduction more news soon as well as the 12″ of Harmonic Ruptures.
“Harmonic Ruptures” was Recorded by James Eager(Bacchus) at The Hive Studios, Kilcoole. Mastered by James Plotkin. Artwork by Emmett Connell.”

The label is also set to release the upcoming split 7″ between HC/Punks CROWS and Nottingham’s BEAST OF GOD.

“This will be our second time to team up with the devastating CROWS having released “Better Off Dead” in January 2015, BEAST AS GOD whose crushing demo cassette came out on Viral Age at the end of 2013. These two band have recorded in the last year and everything has finally fallen into place to see this off to press soon.
The split 7″ which will be out later this summer will see a release on Distro-y Records, Super-Fi Records(UK), Wooaaargh Records(Germany) and Dingleberry Records(Germany)
More news on this one coming soon… in the mean time check out both bands and spread the word.” 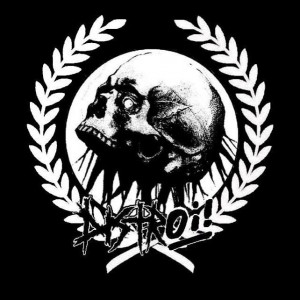 The label has also expanded and set up a new sub-label division dedicated to releasing ‘Oi!’, which they have appropriately named Distr-Oi!

“All releases will be just like any other Distro-y release just with the Distr-Oi! logo. This will not be the first time I have done Oi! having previously released the Freebooters and Section 4. We also have stocked Oi! in the distro from the very start so anyone thinking we are giving up on our usual crusty/hardcore band think again we have pI have two releases lined up for Distr-Oi! and maybe we will do more after that but one thing at a time. More news coming soon.”