Get ready for a night of  bone crunching metal this December in The Cellar Bar, as Damage Inc Galway presents Galway’s first ever “Dimebag Darrell Anniversary show” with bands SIXTH EXTINCTION, SECTILE and BLACK SHUCK playing several classic PANTERA covers along with their own original setlist!

13 years ago (Dec. 8, 2004), the world lost one of its most influential musicians, “Dimebag/Diamond”, Darrell Abbott, by a crazed fan while playing with his band Damageplan in Columbus, Ohio, and the rock and metal community has been grieving ever since.

This December Damage Inc Galway presents the first Galway anniversary show of the late, great Dimebag Darrell in tribute and remembrance to his legacy and inspiration. The show takes place in the Cellar bar Galway featuring three great metal bands all who will pay tribute to the legend, known mostly for his work in Pantera, by covering a track or two of classic Pantera into their own original setlist. 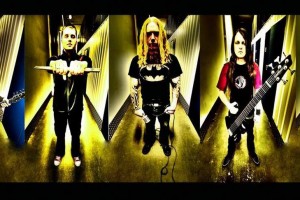 The quintet  champion thunderously heavy grooves and the sheer power of frontman and vocalist Liam Ryan make SIXTH EXTINCTION an unmissable live act and one that has to be seen to be believed!

Several live appearances, playing and touring with high profile acts and competing in the Bloodstock Metal To The Masses semi final along with the most recent Siege of limerick Festival, have not only solidified the band’s profile but guarantee them as highly sought after live act.

Last year saw the release of their critically acclaimed self-titled debut e.p. with two new singles “Vivid Black’ and ‘Emerge And See’ released in late 2016, both unveiling the band’s versatility and progression. The band get set to release their full length debut album, recorded and produced by Danish mastermind Tue Madsen whose résumé consists of legendary acts such as Sick of It All, Meshuggah, Mnemic, The Haunted, Suicide Silence, Dark Tranquility and much more. 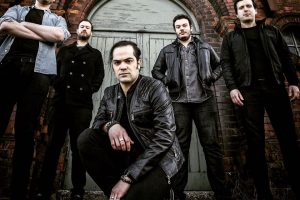 Drawing inspiration from a medley of different musical backgrounds, the classics up to contemporary metal, SECTILE are wholly committed to their songwriting craft which sees their particular music style alternating between soaring soundscapes, heavy ear-worms, to hard-hitting riffage, all which is evident in their intense, crowd pleasing live performances. So crowd pleasing are their live performances that when Sectile played their second-ever gig in Bloodstock M2TM, they won the attention of punters and judges a like so much so that they made it all the way to the final, receiving abundantly positive reviews in the process.

Earlier this month saw the release of the band’s self titled debut release.

Miss this band live at your peril!

Opening up the night in their first ever live show are Galway’s newest band BLACK SHUCK .

If you find yourself wondering why they look so familiar that’s because Black Shuck features the core members of Galway metal legends NEGATIV RESULT with a more stripped down primal sound and added bite!

The power trio comprised of Brendan (Guitar/Vox), Steve (Bass/Vox) and Ian (Drums) aim to rip straight into your jugular  leaving you bloodless as well as speechless in this, their first ever live show!

This show is brought to you by Damage Inc. Galway in league with The Cranium Titanium Metal Show on FlirtFM 101.3, Burning Metal and Metal Radio Ireland.

For more details check out the event page HERE.

Both SIXTH EXTINCTION and SECTILE will also play Cork the following week in Fred Zeppelins with STEREO NASTY.