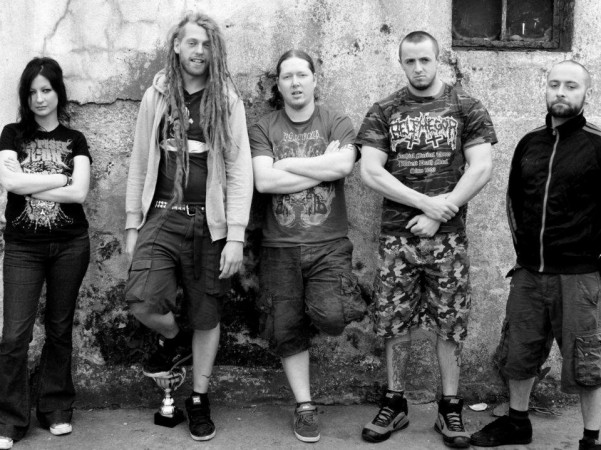 CRIMINAL JAMMAGE origianally formed in mid-2006 under the name SKADK by Kris and Ed. The band went through various name and line-up changes and eventually settled on CRIMINAL JAMMAGE after Stephen Roe joined the ranks. Lorcan later joined as bassist and introduced the vocalist Dave who also joined the band. A final name change was made in 2010 to XENOCIDE and was followed by the inclusion of new bassist Pam Lennon in 2011. The band continued to work away on new material and have played with a whole host of Irish metal acts like SKEWERED, ABADDON INCARNATE, WARPATH, NEPHRIDIUM and supported many international bands such as SUFFOCATION, TRIGGER THE BLOODSHED, FLESHGOD APOCALYPSE and AVULSED. Following the release of their self titled EP in 2012, Kris and Dave decided to leave the band and new vocalist Dylan Murtagh has joined the ranks. And with the first fruits of this new line-ups labour already released online, their next EP is sure to impress.

XENOCIDE have had their CRIMINAL JAMMAGE debut ‘Rapid Fire Capital Punishment EP’ up for FREE download for quite a while now. And they also have a taster for of what’s to come in the form of new track ‘Ritualistic Afflictions’, which was featured on the ‘Metal After Mass – Vol.2’ compilation album, up for FREE download from their various band sites too. So if you haven’t checked them out already, then give them a spin.