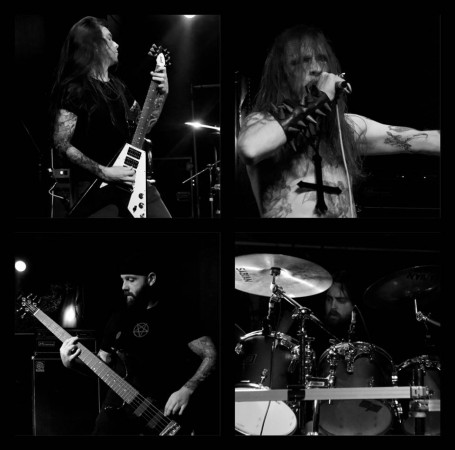 NADDRED are a recent addition to the Irish underground metal scene. A formidible new black/death metal act with an impressive pedigree of musicians behind it, consisting of current members from SLIDHR and ETERNAL HELCARAXE as well as former members from bands such as SOL AXIS, MYRKR, PRIMAL DAWN and CACODEMON.

The band made their live debut on the 31st Decemeber 2016 supporting DESTROYER 666 in Dublin. Their debut release, “Sluagh”, will be issued on cassette through Invictus Productions on the 13th February 2017.