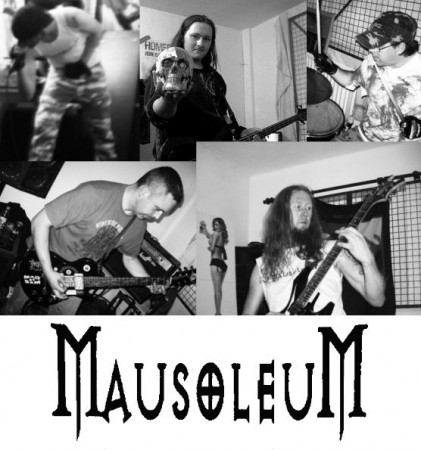 MAUSOLEUM started playing some local gigs in Northern Ireland to an enthusiastic reception, concentrating on covers from Obituary, Slayer and the like. Paul left the band in late 2010 but the remaining members carried on and recorded two original demos songs in April 2011. And soon after Ben joined in May 2011.

The band continued to write more crushing tunes that combine old school vibes with new school sensibilities. They have currently recorded their debut ‘The Murders Of Wild goose Lodge’ EP at the legendary Trackmix Studios near Dublin, which was realeased as part of the Irish Metal Archive’s ‘Forth To The Fight’ split CD along with ÍWERIÚ, MAUSOLEUM and ZYLUM.