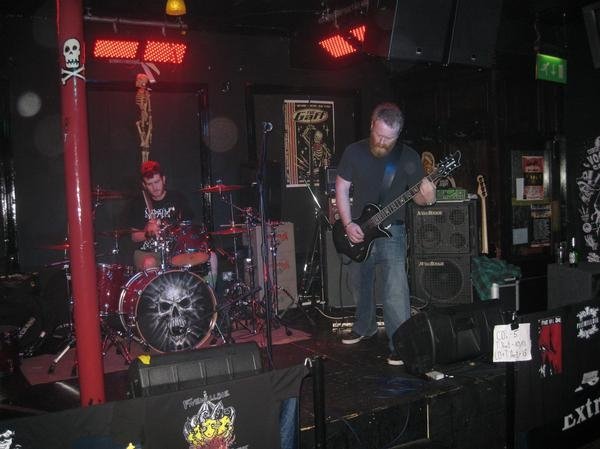 GHOST OF MEDINA originally started out in 2005 as a four price hardcore band influenced by the likes of HATEBREED, TERROR, MADBALL, LAMB OF GOD, SICK OF IT ALL and featured John Heffernan (HORSE) on vocals, Ken Fitzgerald (DOG ON STILTS, CAPTAIN INSANO) on bass, Dave Coleman (MORDANT SOUL, HARBOURED) on drums and Kieran Hennessy (HORSE, MORDANT SOUL, HARBOURED) on guitar.

The band played in this set up for about a year or more and over that time dwindled down to just Kieran and Dave being left. The duo continued writing songs as a 2 piece instrumental band and released a 6 track self titled ep in 2010. During their run they supported the likes of RAGING SPEEDHORN, MADBALL and played on the Low End Festival in Waterford with the likes of PRIMORDIAL, NAPALM DEATH and MOURNING BELOVETH , and also played the Siege Of Limerick in it’s early days when it was held in Bakers Place.

Their sound evolved over the years and with vocals no longer a part of the band, it meant songs were constructed in a way to keep it interesting for listeners but without straying too far from heavy riffs. They disbanded in 2010 after playing their last gig in Bakers, Limerick with ILENKUS and CLITORAL DEFECATION.