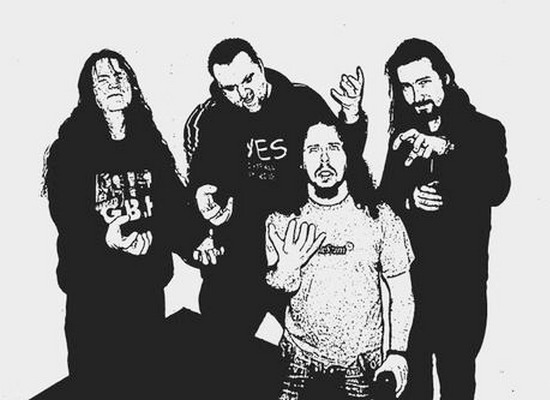 FUCKHAMMER was originally started by Baggy with members of fellow Belfast band SLOMATICS a few years back but never really took off. Then Jonny (vocals/drums) and Ross (guitars/bass) started up their own SHIT SKIN project in 2010, with the lads receiving a fair bit of flack over the unintentionally racial band name. Tracks were demoed in late 2010 and early 2011 and were intended for their own ‘A Fecal Matter’ demo. Eventually! Jonny and Ross hooked up with Baggy and Rob Drew (SERPENTANCE) and with a bunch of tracks already written and demoed they quickly turfed out the vicious debut ‘Hammered To Fuck’ which was released by Belfast’s Grindscene Records.