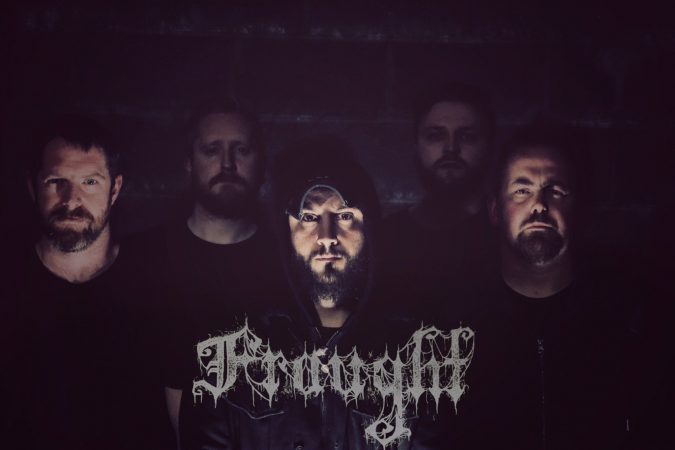 Formed in 2019, as DROUGHT is a collective of individuals with influences across Sludge, Death, Black and Doom Metal. The output of which is expressive and cathartic, aiming to evoke a multitude of senses and emotions within the listener. Members have been involved with bands such as COLDWAR, MORTICHNIA, WARPATH, WOUND UPON WOUND and SLAVE ZERO, now consolidated to a single modus operandum to push the creative boundaries of extreme art with a focus on quality over quantity.

FRAUGHT self-released their debut EP “MMXIX” under their previous moniker DROUGHT , before rebranding as FRAUGHT to avoid confusion with other bands that shared the name. In September 2020, FRAUGHT entered Hellfire Studios to create “Splitting Tongues”. Recorded live, with no cuts, edits or triggers, these 4 tracks capture the energy of the band playing in their most natural and vicious form. Splitting Tongues will be released on March 11th 2020, with CD and Digital Download via Cursed Monk Records as well as Cassette and Digital Download via Fomorian Hate Records.