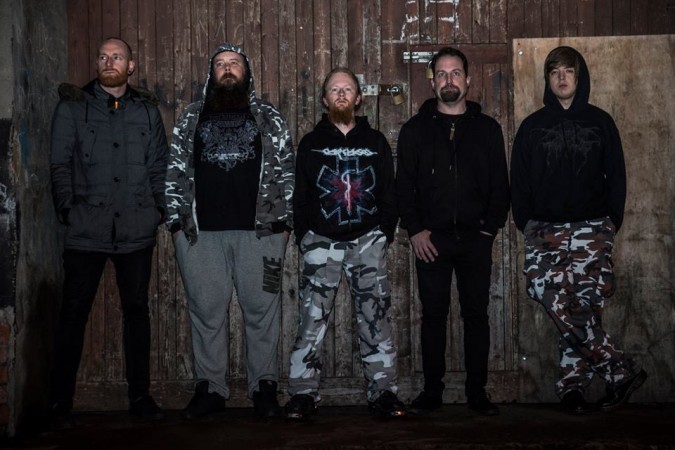 “Therefore I take pleasure in infirmities, in reproaches, in necessities, in persecutions, in distresses for Christ’s sake: for when I am weak, then I am strong.”  – 2 Corinthians 12:10

FORCHRISTSAKE formed from a previous band by drummer Ignatios, overtime the line up was honed into the unit that is in place today, hailing from different parts of Northern Ireland all members have a common bond in their faith and their passion for heavy music.

The current 2013 line-up consists of Ignatios on drums and vocals, Mark on bass, Simon on lead guitar and Ben on guitars/vocals. They recorded a 4-track ‘Death Is But A Breath Away’ EP, back in 2009/early 2010 and have their debut album ‘Apocalyptic Visions of Divine Terror’ due for release in 2013.

They are Northern Ireland’s only Christian extreme metal band and are signed to Roxx Productions in the U.S. and are due to release their debut album ‘Apocalyptic Visions of Divine Terror’