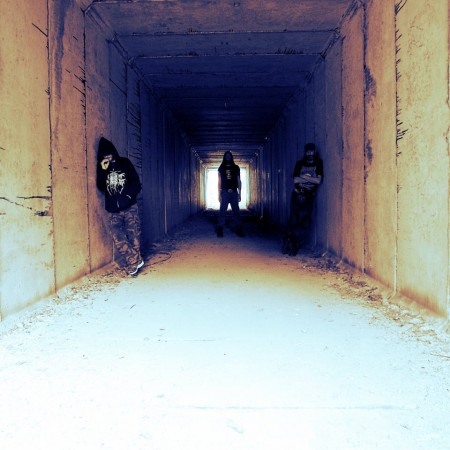 After years of lost contact Slaine and Kradmar unexpectedly met up on the set of The History Channel’s Vikings series in 2012. Kradmar and Cathalstrophic had been working together on many projects since 2005, most notably Crom Cruach and Slegna-kra, when Slaine joined in early 2013. This completed the line-up and creation of Filthspitter and brought about a more experimental sound to the group, taking influence from early punk and black metal. Song writing began in January 2013 and the 3 track self-recorded demo album, “Demo-Cracy”, was finished on 20th February.

Filthspitter’s first studio album, “Recipe for Recession” was written, recorded and released in early 2013 and recorded by Shay Leon in Loughrea, Co. Galway, and released in November 2013. Its main concept to inform and enlighten a generation trapped by technology with access to everything but reality, and the importance of thinking for yourself, knowing your rights and never backing down, a warning against a drone-like society and the hypocrisies behind the smiles of government crooks.

A second release for Filthspitter came in 2014 after Cathalstrophic’s departure. Both Kradmar and Slaine contributed to the vocals on “Stand the Fuck Up”.  The album takes inspiration from early hardcore/punk bands like Black Flag, Bad Brains and Crass‘ do-it-yourself approach, going so far as to make a return to self-production.