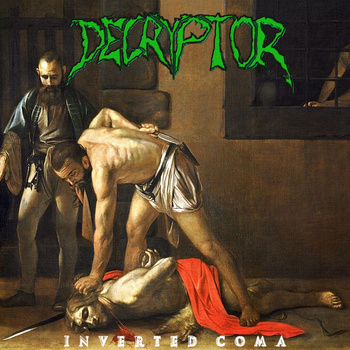 DECRYPTOR was formed in mid-2012 by Justin Maloney (ex-ACRID NEBULA) and Goran Plecas (ex-HAUNTED ABATTOIR). And are strongly influenced by the Death Metal sounds we grew up listening to in the late 80s and early 90s. The line-up was recently completed with the addition of another former HAUNTED ABATTOIR member, bassist Hrstivoj Zvezdodrag and drummer Tom Tompkins.

They released a three track demo, ‘Inverted Coma’ for free download in September 2012.