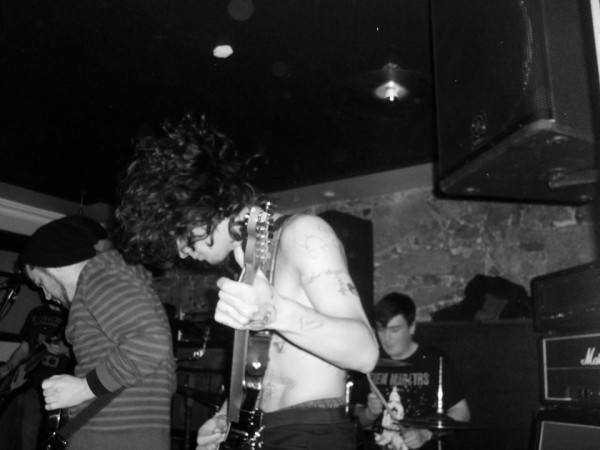 CZECH STREETS are an Experimental/Jazz/Spazz/Hardcore band from Galway. They started off as a studio project around 2012 by Killian (guitars/vocals) and Conor (drums/bass), to use all the ideas that didn’t fit in other places. The band feel that they can create their music however it comes to them without it being too much of a shock. helped by the fact that they have their own home studio to fire out songs as they come without too much panning or stress. For their first two releases, they just recorded Conor playing the drums for 15 minutes and then took the best bits to record over, with Killian then adding guitars and vocals while Conor added bass and drums. Initially being influenced by stuff like THE CHARIOT, DILLINGER ESCAPE PLAN and DAUGHTERS but with their own own sense of humour attached to the lyrics and music. Different friends would help out and add bits on some tracks, but the main core was Killian and Conor.

The initial reactions were positive, so the pair decided to try and take it to the next stage and recruited Ruairi (guitars) and Eoin (bass). And the bands latest two releases have been done as a full band, everyone doing their own thing. The band have played a few gigs around the Galway area (where they all live/go to college) with this line up but nothing major yet. They simply take any shows they’re offered rather than booking trying to book their own.

Conor Geraghty and Killian Carroll were both also in Prog/Thrashers TRAITOR. And Eoin was in Alt/Rock band called SKYBOY.