Stalwarts of the Irish and International scenes, ABADDON INCARNATE, have just signed to Transcending Obscurity Records for the release of their next album, due out in 2020.

Label owner Kunal Choksi comments…
“I’ve been a huge fan of the band ever since they put out the album ‘Nadir’ which I regarded as one of the best albums of that decade in our feature on our webzine back in the day. Ever since then I wanted to work with the band but had to wait till they were free of contractual obligations, and as fate would have it, things aligned almost miraculously to turn this into a reality. The band have been very prompt and clear and we had no problems in signing a multiple album deal with ABADDON INCARNATE. We’ve always been on the lookout for more grind bands for the label and are just thrilled to find one in Abaddon Incarnate, who’re one of our favourites. Expect a new album to be recorded in mid-2020, with its release happening soon after.” 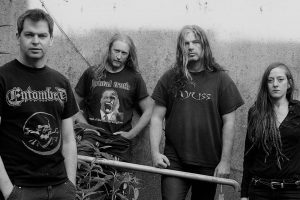 Abaddon Incarnate add…
“Having known the label by reputation, there was very little discussion when it came to accepting the offer from Transcending Obscurity. Furthermore considering they are fans of the band from back in the Nadir days it would appear it’s mutually beneficial. We are in the process of writing new material for a 2020 release and could not be more excited that we will now be part of such a distinguished roster.”

The band are booked into record at Foel Studios with Chris Fielding Summer 2020 to record their next album for Transcending Obscurity, and will be gigging late this year to support the new record.