Disappointing news this morning as Dublin based progressive/technical metallers VILE REGRESSION have announced that they are no more. Easily one of the most technically proficient bands on the Irish circuit in recent years, it really is a kick in the hoop to hear that these lads are bowing out. 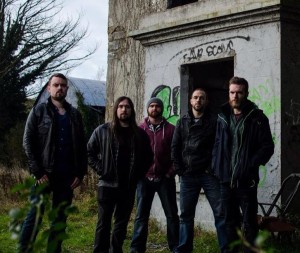 Here’s the official statement from the band…

“It is with regret that we announce that Vile Regression has come to an end.

Unfortunately we do not have the time or resources to commit to the bigger goals we were pursuing and we would rather not treat Vile Regression as a part time band.

As a parting gift we leave you with a newly recorded unreleased song, which we believe is the best we’ve recorded and an indication of the direction in which we were going. We really hope you enjoy it.

Special thanks to anyone who has ever supported our band, enjoyed our music or shared a stage with us over the last 8 years, it’s been an absolute pleasure. We’d also like to extend a big thank you to Michael Richards at Trackmix Recording Studio for doing such a great job with this song.”

Originally formed in 2007 under the name VISITOR Q by former drummer Mick Curtis, Barry Christie (Guitar) and Kenn Christie (Bass), the line up was filled out with the addition of Danny Keogh (Vocals) and Keith Carroll (Guitar). Over the next couple of years the band worked hard on developing and honing their sound which was influenced heavily at the time by progressive metal, gigging around Dublin and the rest of the country as much as possible.

VISITOR Q began 2009 with the desire to make their music heavier and more visceral. The decision was made to drop the unnecessary frills, and greater focus was placed on solid song writing. In September 2009 their first “Vile Regression” EP was recorded at Trackmix studios in Dublin, and released for free online. The EP received positive reviews.

In August 2010 the band parted ways with friend and band mate Mick Curtis and were soon joined by Robb Behan on the drums and soon switch names to VILE REGRESSION. In late 2010 they joined forces with Independent record label Casket Music U.K, who signed them to a distribution and licensing deal for their next EP “The Pattern Evolves” which was released in 2011.

After a difficult start to 2013 with the loss of two founding band members, VILE REGRESSION bounced back in 2014 with new members Brian Brady (guitars) and Padraig Croke (vocals) joining the band. This final line-up recorded their last official release , “Empires” in August 2013 in Trackmix Studios. A milestone Irish release for technical metal which showcased the bands incredible ability and musicianship. The band went on to record one final track ‘Cyclical’ which has been released online as a parting gift.