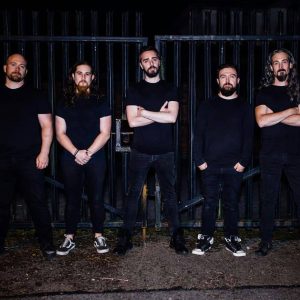 Technical Prog troupe, Arjuna’s Eye unveil another slice from their ‘Amalgam’ LP with ‘Cortexiphan’ a gripping, groove-drenched brain-hacking single, loaded with enough twists and turns that would cause any self-confessed heavy-prog fan to gravitate towards their bright light.

Irish five-piece ARJUNA’S EYE are an integral part of the new breed of exciting new contemporary heavy music emerging from the Emerald Isle and with the release of their crushing new album ‘Amalgam’. This new video/single ‘Cortexiphan’ continues where ‘Trial of the Grasses’ left off in the sense of the bands trademark template gushing with melodic technical arrangements that take flight thanks to the golden pipes of vocalist Sean Frahill.

Speaking of the video, guitarist Conor Nagle commented:
“ ‘Cortexiphan’ as it is now has been with us as a song for around 3 or 4 years. About 75% of the guitar parts have been with me for more than 10 years! The opening melody and the chorus are the newest arrangements, which really make it more thematic and catchy. The lyrical ideas are directly inspired from the television series ‘Fringe’. We took some salient elements of the show (that spoke to us) and made our own mythos/philosophy from it. If anybody has not seen ‘Fringe’ and Walter Bishop in action, you can still enjoy the song’s meaning apart from being a fanboy, like myself.”

Singer Sean Frahill continues…
“Aside from how we were inspired to write this song , there is a deeper meaning behind it all. ‘Cortexiphan’ is asking you to open your mind if you are willing to change your perspective on everything, even if an idea comes from the innocence of a child. As adults, we are too often guilty of letting ourselves become stuck in the Rat-Race which has left us conditioned to modern society. It may seem like we’ve almost forgotten how explore new possibilities and to think freely as we once did as children. I say there’s no harm in popping your head up every once in a while to ask some questions and let our more inquisitive and creative side have a chance.” 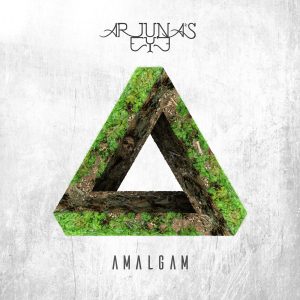 Following April’s ‘Trial of the Grasses’ single and a UK Radio premiere on Kerrang! Radio, ARJUNA’S EYE have been keeping busy during lockdown with deep writing sessions that will no doubt result in the band exploring beyond their horizon. Having already shared the stage with metal acts such as, Textures, Bloodshot Dawn, Exivious, Words That Burn, and Reprisal, ARJUNA’S EYE have managed to create a captivating and exhilarating progressive heavy sound that is rich with thought-provoking lyrical content, complex arrangements and drenched in furious heart-soaring melodies.