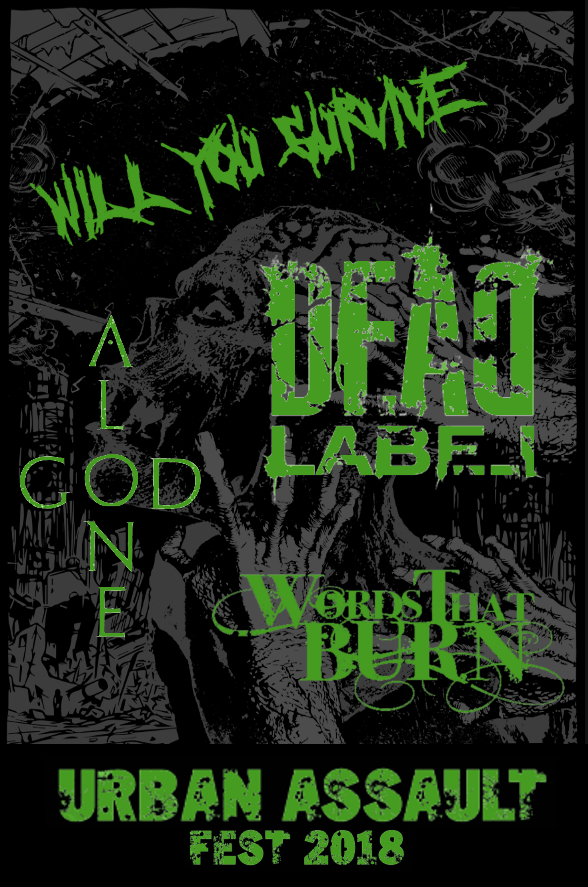 Following on from the success of last years inaugural URBAN ASSAULT… Pethrophile Promotions and the Irish Metal Archive are continuing with another event this February, 2018.

Under 12’s: FREE… (with parent/guardian until 7pm)

Leading the charge, we have Kildare trio DEAD LABEL…

To date the band have released an EP, and two full length albums. “Sense Of Slaughter” in 2012 and their most recent “Throne Of Bones” in 2016. Having been together since 2008, drummer Claire, guitarist Danny Hall and bassist/vocalist Dan O’Grady have accomplished the unthinkable for most bands who hail from Ireland. Touring with the likes of Machine Head, Gojira, Fear Factory and Raging Speedhorn to name but a few. And not forgetting a slew of Summer shows followed with appearances at festivals such as, Bloodstock (UK), main stage billing Metal Days (Slovenia), Made of Metal and Aggressive Music Festival (Czech Republic) and Gothoom Open Air (Slovakia), eventually leading to the band’s ‘Hot New Band’ feature in Metal Hammer (December, 2016 issue) and their recently confirmed slot at this year’s UK Download Festival in June.

From Dundalk, we have WORDS THAT BURN…

The band’s first studio release “Praey” (June 2013), introduced them as one of Ireland’s most intense alt-metal bands. In late 2014 WTB signed International record, distribution and publishing deal with Wormholedeath / Aural Records / Warner Chappell Holland (BV). The band hit the rehearsal rooms in January 2015 to hone their sound further and take it to the next level. In July of the same year they flew to Tuscany in Italy, where they spent a month recording their first full length offering. Taking musical & sonic influence from bands such as Deftones, Bring Me The Horizon, Slipknot, Northlane, Killswitch Engage, Architects and The Defiled they have compiled an album of hook laden tracks.

Since the release of “Regret Is For The Dead” in June 2016, album reviews have been very positive from online rock & metal magazines worldwide. The first week of release saw the album go to Number 1 in the Irish Metal, Irish Rock and Irish mainstream iTunes download charts. Over the course of June to October 2016 Words That Burn completed a tour with shows across the Republic of Ireland and Northern Ireland, as well as a European tour with dates in Hungary, Romania, Slovenia, Poland and the Czech Republic. 2017 Irish, UK and European tour dates are currently being booked. 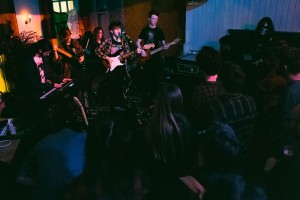 And flying the Cork flag we bring you GOD ALONE…

Still a young band with members ages ranging from 16 to 18, but going by their “INTIVIM” EP, they may prove to be a very exciting prospect indeed. One for fans of ALTAR OF PLAGUES, GODSPEED YOU! BLACK EMPEROR and SWANS.