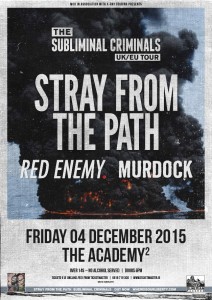 STRAY FROM THE PATH
Academy 2, Dublin – Friday 4th December
Tickets are €15 includes booking fee – On sale this Friday at 9am

The American hardcore punk/chaotic hardcore band returns to Dublin
for a headline show this December 4th live at The Academy 2.

This show is over 14’s – no alcohol is served
Tickets priced €15 inclusive of booking fee are on sale now
from Ticketmaster outlets nationwide & www.tickemaster.ie

Stray From The Path is a four piece alternative hardcore band, hailing from Long Island, New York. Stray has made it their mission to tackle the often untapped issues that plague the society of the human race. From the law enforcement, to the individuals in bands that take advantage of the sacred supporters of this music scene, Stray shows no mercy in their lyrics when they see injustice.
Comprised of Thomas Williams on Guitar, Drew York on vocals, Dan Bourke on drums and Anthony “Dragon Neck” Altamura, the band strives for a style of music that is not common in the modern age.

Without the crutch of computers, and the perfect pace of a click track, stray delivers an unpredictable, raw emotion that feeds off the energy of the people. With the supporters of the band acting as the fuel to the fire, stray has only intensified as their career marched on. With their latest effort “Subliminal Criminals” out now, we are about to see a side of Stray that we could all see was coming, but are still not ready for it. 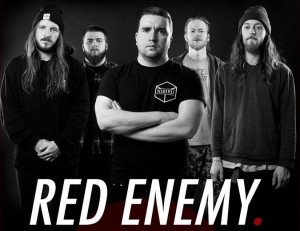 I guess there never really is one factor that defines any bands success, but for Dublin, Ireland based metal band ‘Red Enemy’, growing up and honing their craft in their humble Irish surroundings, patience has certainly been a virtue. Formed under the apt name ‘Steellined’ in their early teens by drummer Daniel Lang, guitarist Conor Dockery and now vocalist Kevin Letford, they dreamed of following in the footsteps of their peers. Jamming in the sitting room of Kevin’s parents’ house, they began a musical journey that would see them still together 10 years on, and on the cusp of something incredible.

Having penned a deal with highly regarded Californian metal label Mediaskare Records in late 2013, Red Enemy released their debut self-titled album in late 2014 to critical acclaim. The band recorded their debut with producer Taylor Voeltz during a two month stint in L.A which also saw them embark on their first US tour. Red Enemy plan to spend the rest of 2015 touring. 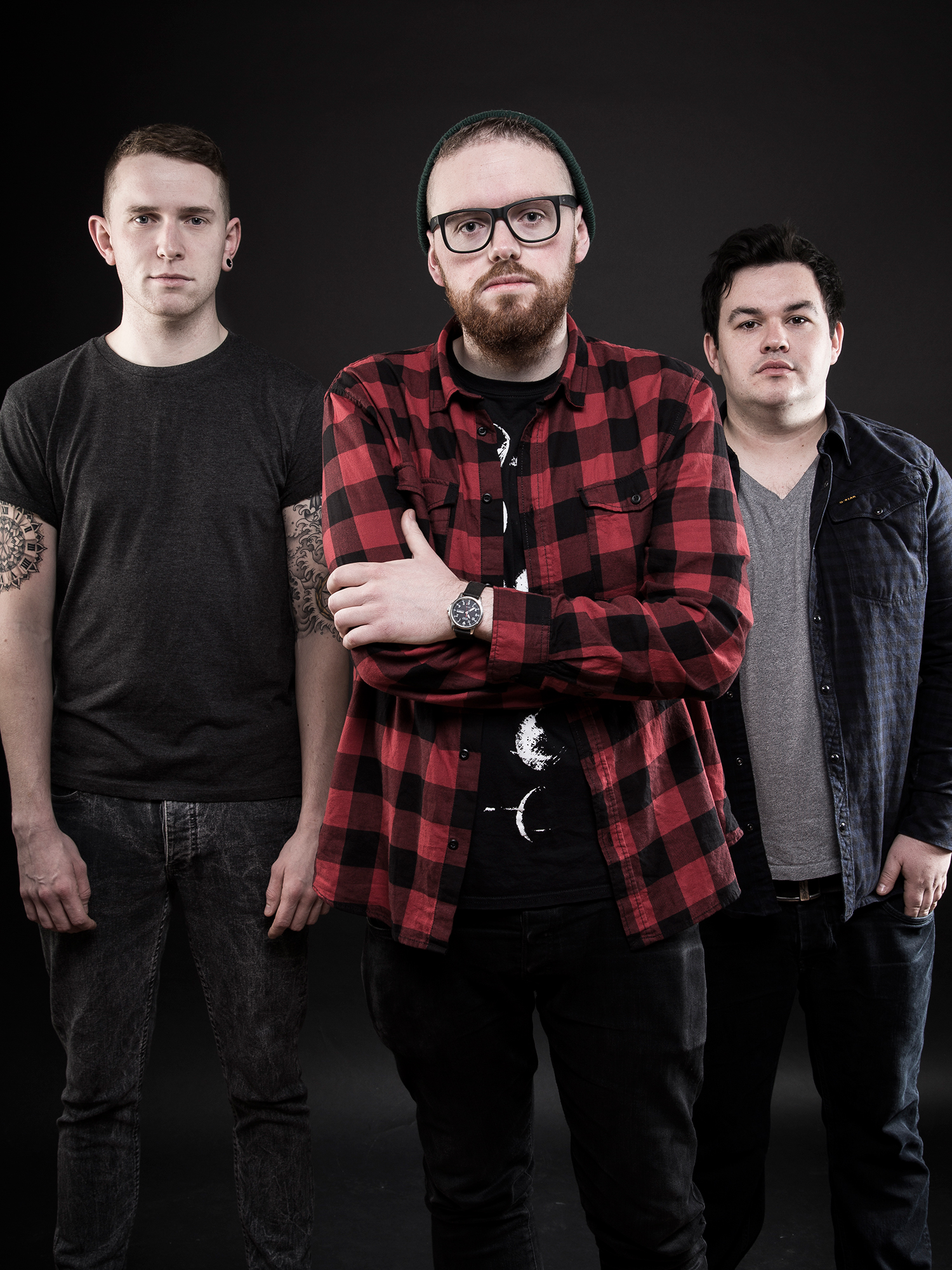 Also supporting on the Dublin leg will be another Irish band, MURDOCK…

A three piece technical hardcore noise band that destroy all pre-conceived genre rules by smashing them into the ground. Murdock interblend ferocious metal, rock and roll, noise, jazz and punk with off-kilter, intense jarring time signatures and deliver it with an honest, sincere and inexhaustible passion.

Murdock have built up a very strong following and an outstanding live reputation from their intense, reckless and destructive live show. They play past the limit of their abilities with a disregard for their own wellbeing and the comfort levels of their audiences. “If you are not bleeding or exhausted, what is the point?”