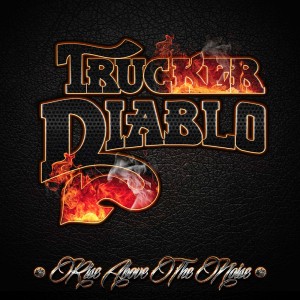 Ireland has always been well known for its musical output, being home to a whole host of world famous acts. If you want Thrash Metal, we have GAMA BOMB… If you want folk we’ll give you THE DUBLINERS, THE POGUES or more recent groups such as LYNCHED. And if you want pop we’ve got enough boy bands and solo artists to make sure you’ll never turn on a radio station again without hearing one or the other of them. Regardless of genre, there’s a little something for everybody. However, one style that doesn’t get heard too often on Irish soil is southern rock. That’s where TRUCKER DIABLO come in.

“Rise Above The Noise” is the latest helping from the Armagh based band that refer to themselves as “stadium pub rock”. This title sums up their style perfectly. With a hint of a classic pub sound wrapped up in a huge, brave and outgoing package that rivals that of many great touring rock acts, it’s obvious from the opening note of the first track, ‘Fight Life’, that these guys mean business. The first thing to strike the ears is the perfectly constructed guitar sound that rings through with enough rock crunch to make a crowd bounce, yet clean enough to hear each note resonating. This is played with a mid-tempo beat to propel the song forward at a steady marching pace. ‘Fight Life’s lyrics tell of lead singer, Tom Harte’s, childhood experience and the advice given to him by his parent over the years. This has a certain 1970s’ LYNYRD SKYNYRD feeling to it, but with a modern kick behind it that instantly makes its verses active and its melodic chorus catchy. It may slightly overstay its welcome, due to its last minute double barrel chorus and key change, it sets the scene for what’s to come on the rest of the record.

The song that really sets the bar for “Rise Above The Noise” makes its appearance as the album’s second track, and truly displays the band’s “stadium” abilities. ‘Party Like They Started The End of The World’ (see video below…) takes off like a bullet with a dizzyingly powerful riff reminiscent of classic NICKELBACK such as ‘Bottoms Up’ and ‘Burn it to The Ground’, backed up by a fantastically funky bass line which plays support to the singer between the guitars’ punches. This instantly creates a whirlwind of rock as it continues to elevate towards its chorus, which in turn oozes the concept of simply letting loose and having a good time. It’s got everything you’d expect from a song based around apocalyptic party-hefty riffs, a fun groove, and classic rock style solo. This is easily one of the most entertaining rock songs to come out of Ireland since THIN LIZZY‘s Thunder and Lightning.

However! Although TRUCKER DIABLO like to throw down tracks based around big sing-along grooves like the mighty ‘We Stand Strong’, they’re far from being a one trick pony. “Rise above The Noise” also features some interesting tracks which stray from their BLACK STONE CHERRY-esque signature sound which inhabits the bulk of the album. ‘Girl in a Photograph’ is one such song, featuring a lighter and more relaxed, friendly feeling that would suit radio play perfectly. Its lyrics tell of a romantic fantasy and the song’s execution has a lot in common with 1980s’ BON JOVI tracks like ‘I’d Die For You’. Another stand out song, ‘Take Me To The River’, really shows off the band’s taste for storytelling. There’s an air of mystery surrounding the slow country guitar lick, creating a phenomenal and almost unsettling atmosphere. Softly expressed over this is an intriguing story about a deal with the devil. At times, there is even a slight touch of AUDIOSLAVE added to the tracks often creepy orchestration. 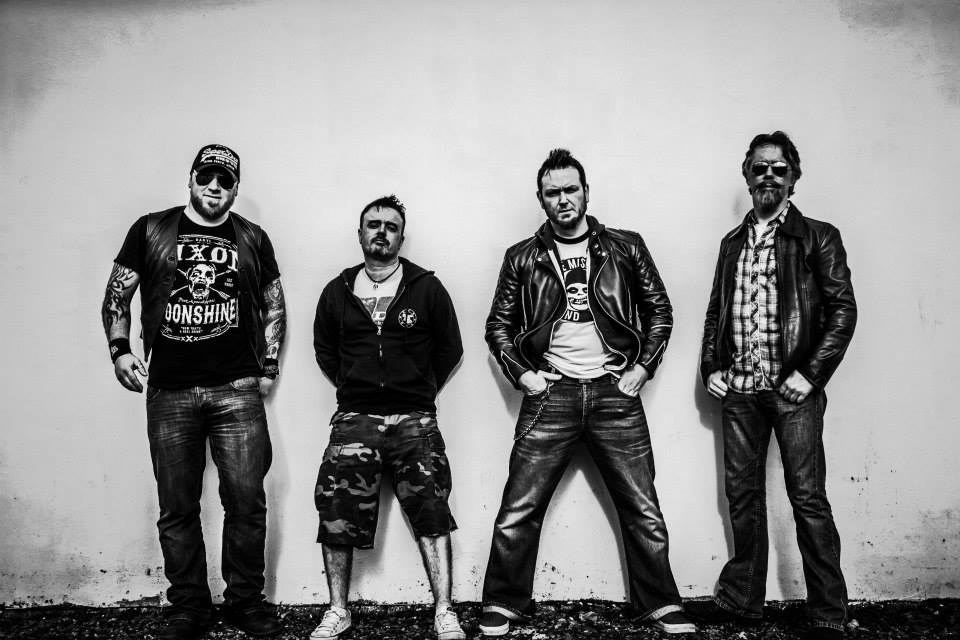 Of course, no good rock album is complete without a ballad. When it comes to theirs, TRUCKER DIABLO excel in a way that many other bands wish they could. The lead guitar is crisp, clear notes that ring out during the introduction to ‘Don’t Cry’ are so pitch perfect that they convey the entire songs feelings feeling in an instant, changing the flow of the record and temporarily grounding us with a more moving, sentimental piece. The dulcet vocals and harmonies heard throughout are beautifully expressed, reminding the listener of EXTREME’s radio classic ‘More Than Words’ mixed with a more country-oriantated sound. This could also be said of the record’s peaceful piano based ballad, ‘Where Angels Fly’.

Put simply… “Rise Above The Noise” is a master class in modern rock. From its crowd swaying heavy hitters like ‘Party Like They Started The End of The World’ to the more mature and thought provoking tracks such as ‘Take Me To The River’, TRUCKER DIABLO have created a record jam packed with songs that deserve to be played to huge audiences on the stadium circuit. The void that was southern rock in Ireland has been well and truly filled.