It is to the credence and distinction of the Irish metal underground that such a band has been able to establish it’s reputation. Even before they released anything, there was a buzz about their debut single, ‘Choking on Concrete’, and EP “In Light of Dark Days” only helped to build upon this. Punishing support dates across the country helped spread the word. A devastating set at the Siege of Limerick allowed a wider audience experience their live power. There was no mistaking about how serious their attack was. 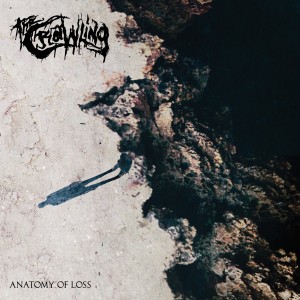 And yet it should have been of no surprise. Their affiliates included, and still includes, associations to well known names such as HONEY FOR CHRIST, SEVERENCE and ZOMBIFIED. Established names all. The latter may have been faithfully linked to straight up death metal but this is stringently deeper and darker than this. Delving more into the death/doom side of business, and incorporating elements of black metal, they have become something more claustrophobic and denser in nature. Obsessed with the agonies of life, the pain of loss, the morose mundane existence of 21st Century life. It seems that it is a wake up call to those locked in a bubble of commercialism, self absorption and denial of the reality about them.

‘An Immaculate Deception’ commences with a passage from sixties movie, ‘Whisper, and I’ll Come to You’. Its theme of alienation and anti-establishment makes for an unsettling delve into the piece. As the moods change throughout, the instruments crash and subside accordingly. In accordance with their death/doom inclinations, there is definite hints of PARADISE LOST, early KATATONIA and ANATHEMA. The riffing from Andy Clarke remains strong and consistent throughout. They are not breaking the mould by any stretch but is performed well nonetheless. As the song reaches its climax, there is a great variation in the riffs and beats. They are flat out as the crescendo is reached.

‘Poison Orange’ begins with an extremely dank and grimy feel to it. Particularly in the guitars and the thudding drums. It is very slow, deliberate and drawn-out. Riffs have the space to allow for expansion of expression and more so against the back-drop of the expressive vocals. A sudden switch in tempo sees the mood get increasingly darker. The drumming stays steady and controlled during this. There is a hefty chug on the bass to introduce ‘Acid On My Skin’. The riffs may have been heard before but well performed regardless. There is a great set of combinations between the guitars and Gary Beattie’s drumming. It leads back into the theme of destruction and living on the precipice. It is a track that sinks its teeth into the listener and refuses to yield.

‘All Our Failing’ comes out of the blocks all guns blazing. Drums are pummeled, the bass is direct and heavy and the guitar lines are blistering. This descends into the darker and murkier depths as before. The pace and tempo switches accordingly, transitioning effortlessly from flat out death metal to a dank and disgusting sludge. So often it seems uneasy and forced with other bands. This track seems to be made for the live environment. ‘The Right to Crawl’ gets underway in more of a low-key and gentler fashion. You can tell that this is not going to last long however. It sees the band perhaps at their most unhinged and frenetic. The mood remains reliably downbeat and pessimistic. The vocal work is possibly their best. Amid the gloom, there is some delightful combinations between Andy Clarke and Stuart Rainey as the bass throbs to the riffs. This could well prove to be their anthem. 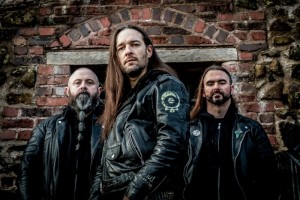 ‘Violence, Vanity and Neglect’ is suitably testy and dour. As the guitar makes itself known, the drumming in the background is superb. The union of Clarke’s and Rainey’s vocals meld together extremely well and the overall playing is spot on. ‘Catatonic’ is welcomed to the sound of raindrops and hi-hats. The atmosphere is like walking home alone in the rain. As the bass kicks in, events become distinctly heavier. Some of the kicks are great as the duel vocalists form a winning partnership. The tempo and pace is ramped up as it reaches its peak. The guitars chug away as the track slips back into the bleak night. Hopefully this departure will not be for long. Definitely a band with much more to come.