Sometimes it is hard to know what the prevailing trends are in metal.  Some bands strive for 30 minute hallucinogenic voyages across inner and outer space.  Others aim to delve straight into the filth via the mediums of crust or noise.  More slow the pace down to primitive levels to focus on the power of the riff.  Additional outfits choose death or black metal.  With the myriad of directions to choose, it is perhaps hard to define a current prevailing movement.  Bands will always choose genres that mean most to them for a variety of reasons.  The themes and concepts appeal to them, or they were the bands who you listened to growing up.  Inspirations at an early age will generally be key to it.  The bands of the newer generation will probably differ to the ones a lot of us older heads did.  More akin to the groove metal, metalcore and post Nu-Metal espoused by the likes of Kerrang, Metal Hammer and Scuzz.

And it’s one of these bands whom we focus on here.  Like so many bands before them, it was the common love of the music which drew them together.  All members had been involved in a number of different bands previous to that.  A couple of jam sessions occurred where a spark took place.  Pete Renshaw of BY CONQUEST OR CONSENT, joined in.  The riffs and pieces built up resulted in lyrics being written around his vocals.  It was clear they had something.  Having formed merely a year ago in their native Belfast, they set out straight away to create a name for themselves.  This has involved an extremely strong work ethic on the live front.  Having made their debut, shortly after forming, as support to HEELS OF ACHILLES, CALL TO ARMS, WORDS THAT BURN and LOCK HORNS, they have been prolific since then.  Fundraisers for The Distortion Project and The Belfast Barge, their debut shows in Dublin, EP launches for the likes of ANTIDOTES, DREAM AWAKE and SINOCENCE.  But a major element of last year was devoted to releasing their debut EP. 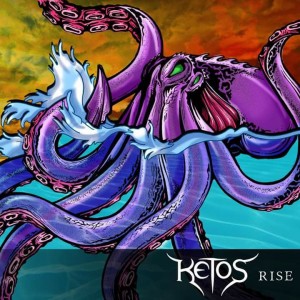 ‘Echos’ sees a decent heavy tone to start with.  Gareth Dick’s Drums are precise and steady, whilst the riffing is thick and chunky.  The playing sees a repeated pattern before the vocals make themselves known.  They are definitely on the harder side of affairs possessing much of the characteristics of hardcore.  The guitars and drums lock together in a high-paced section that will no doubt prove popular on the live front.  The drums move away from displaying some nifty patterns to more of an unrelenting thud.  During this, the guitarists show off a couple of sweeps in their lines.  Both Keith Hamilton and Dwayne Close match together well.  As this develops, Pete’s vocals begin to take on more of a tougher tinge.  Resembling more death metal in a way.  This changes into a cleaner set as it goes on.  It possesses a good power to it.  Nice little instrumental interludes take place in between the singing.  As the clean set continues, plenty of emotion is visible over decent fluid and melodic lines.  Much of the same frame as the likes of Children of Bodom.  It builds into a longer instrumental piece dominated by the guitars and drums before the tougher vocals reappear.  There is plenty of menace and spite to them.  Playing entering more into breakdown territory in its style.  It transitions back to the clean style from before.  The playing all builds up to unveil a cracking solo.  The pace slows down as it plays out to the end which sees powerful drumming.

‘No Hope in Sight’ brings us a hardcore like beginning with hard edged vocals, intense drumming and energetic guitar lines.  The style remains generally the same, even when cleaner vocals show up.  This switches back after a brief instrumental with the drums and guitars.  A couple of great screams and growls are produced here in the tone of LAMB OF GOD’s Randy Blythe.  The alternation between harsh and clean is done quite smoothly over the entire piece on its various switches and fits well with the tone employed on said moment.  It is a testament to Pete’s versatility which perhaps is a nod to TRIVIUM.  On the most part, clean vocals are used during the chorus sections and harsher ones elsewhere.  On occasions, this utilises some call and response type style.  During one of the cleaner sections, there are quite clever riffing on show.  This builds up to another instrumental piece with great playing from all concerned.  The thrash crops are certainly revved up and bears a resemblance to the likes of EVILE, GAMA BOMB, THE HAUNTED and Sylosis.  A few blast beats are even thrown into the mix set against dynamic guitar playing.  A snare beat leads into a great guitar solo from both.  The drumming is slight leaden as the harsher vocals play out towards the end.

‘Chaos Theory’ changes the frame entirely.  It features a steady, low and rhythmic beat to kick off with.  Predominately focused on the skins rather than the snares.  Backed up by some moody and restrained guitar lines.  There is a real feel of post or prog rock to it.  Delicious little notes flutter about it to garnish it wonderfully.  A segment like this emphasises the talent the band possesses.  The tone beefs up as the drums increase in weight along with the guitars.  Dick’s drums in particular incorporate some great patterns.  It carries along into more of an extended instrumental piece.  It eventually evolves into more of a recognisable breakdown carried section.  Tempo wise, it is generally kept at a high pace.  In line with their thrash/hardcore influences.  It transitions to more of a melodic feel complete with clean vocals.  It shows the good contrast between them and the harsher ones.  The drums again are somewhat underwhelming unfortunately.  The chorus segments continue to be predominately clean sung.  It breaks into a strong guitar solo before flat out playing to the end.

This, overall, is a remarkably solid and impressive debut.  Experience has been built up from playing with each other, and with previous bands, but to produce something of this quality is quite admirable.  Especially straight off the bat.  It is perhaps testimony to the production which allows for the full meatiness of the playing to shine through.  Definitely a demonstration of the confidence possessed by the band.  Their influences may be clear to see but there is a huge difference between taking that on and being a pale imitation.  They are not in that bracket.  Not that everything is perfect however.  Occasions where the drum sound has been somewhat dull slightly takes away from impressive performances elsewhere.  The clean vocals can be a bit of a marmite effect at times.  There is plenty of passion on show but some may see it as over emoting.  I would like to hear a bit more of James Popple’s bass in the mix but it does add to an impressive bottom end that allows the guitars to shine.  Subtle but essential nonetheless.  Finally the artwork undersells them slightly.  I would have loved to have seen a representation of the kracken from which their name is derived.

All slight details can be worked upon.  Even in this embryonic stage, you get a sense of the better work of the likes of BULLET FOR MY VALENTINE, KILLSWITCH ENGAGE and more.  Even as the year was approaching its end, plans were already in place for the release for their debut album.  Videos and photos released heightened the expectations lying ahead of it.  Some of these tracks have been road tested during the year.  And they are already set for a busy period ahead.  They reached the next round of Bloodstock’s Metal to the Masses in Belfast and played Cork for the first time as support to BLOODSHOT DAWN and REPRISAL alongside ZHI REN and ARJUNA’S EYE.  A positive future lies ahead for them.