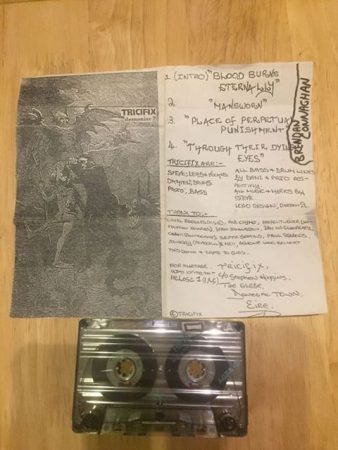 1. Blood Burns Eternally (intro)
2. Through Their Dying Eyes
3. Eternal Torment
4. I Have No Place

This demo was never professionally released as the band had already split up, however it was obtainable by sending a blank tape to Brian Kane.

Two of this demos tracks appeared on the 1993 compilation tape “Nursery Rhymes In A Minor”.
‘Blood Burns Eternally (intro)’ and ‘Through Their Dying Eyes’ which was listed on the tape under the title ‘Manswaron’.