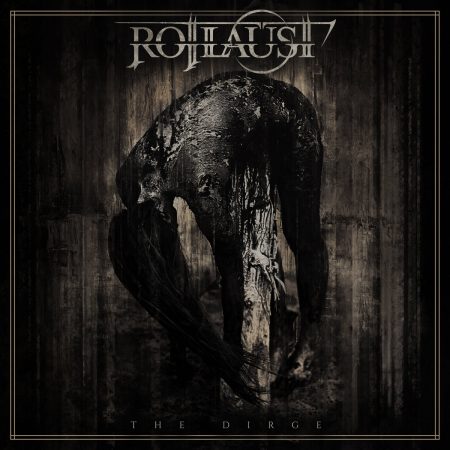 Music by ROTLAUST.
Production by Rotlaust and David Redmond.
Mixing/Mastering by Aidan Cunningham.
Artwork by The Iron Parasite.

The Dirge as a concept is an exploration of various stages of depression and anxiety, with each track representing a different stage. In contrast to my previous album, I decided to return to my blackened death metal roots and create the album I’ve wanted to make for nearly 20 years, as I felt like the subject matter demanded equally distressing and oppressive music. This resulted in roughly an hour of unrelenting, dark, heavy, groovy music where my death metal influences shine through. It’s an album I’m extremely proud of and I genuinely cannot wait to hear the reactions of anyone who’s willing to listen.