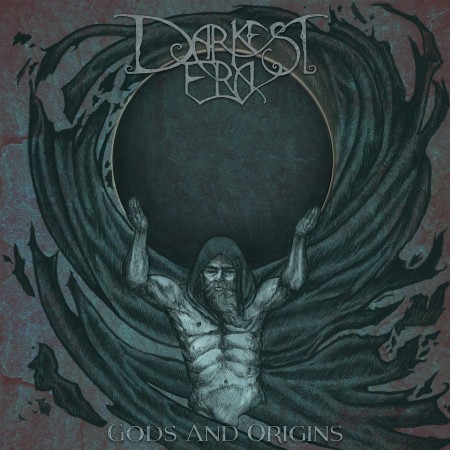 Ade comments, “Since it’s almost 10 years since myself and Sarah started playing guitar together, we decided to revisit one of the first songs we wrote, ‘An Dagda Awakens’ (from the bands “Nemesis” demo). Written with the fiery energy (and perhaps naivety) of teenage metalheads making their first steps on their journey, we have breathed smoke and ashes into this old song and brought it screaming into the darkness.

‘Elohim’ is a track recorded during the “Severance” sessions. It is an acoustic lament crafted with the spectre of Quorthon looming over it, laced with the sadness and beauty that has become an intrinsic part of what Darkest Era represents. “