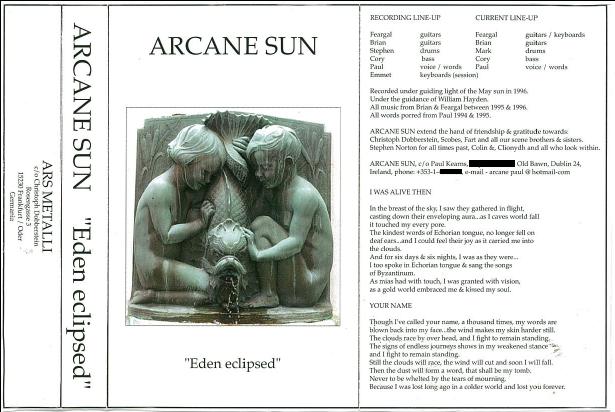 Recorded and mixed in Poppyhill Studios, Kildare in August 1995 by Willy Hayden.

Only the first two tracks were officially listed on the promo, but a re-recording of the ‘The Promise…’ from the first demo was also included.

Thanks to Paul Kearns and Feargal Flannery for allowing me to upload this album for everyone to listen and download.

Thanks also to Cory Sloan and Daithi BM for passing on copies of the tape.